Christopher is believed to have been born in farmhouse 20 on street Tømmeraas Gate (which has since been renamed Brinchs gate) in Svelvik. Even though no residence was documented at the time of Christopher's baptism, this was the family home at the time of his brother Oscar's baptism the following year.2

Christoffer at 1 year (1890)The family moved around a few times but never more than a few houses away from their grandmother. They spent a couple years at farmhouse 20, across from Christoffer's grandmother Mathea, but most of Christoffer's childhood was spent at farmhouse 23 with his parents, brothers Oscar & Rudd, and sisters Marie & Cora.3

By 31 May 1903, when youngest sister Astrid was baptized, the family had moved again and were now living in house No. 21, across the street from their previous home (23).

Christoffer was confirmed on 02 Oct 1904 in Svelvik, Vestfold,4 and took to the sea immediately aboard the "Ellen Grant" where he learned to sail like his father and with some additional schooling, worked his way up to the rank of first mate.

Life in Norway was difficult during this time, as their economy was in a deep depression (during the 100-year period of 1830-1930 only Ireland had higher emigration rates). This contributed to a massive decline in the maritime power that was the Norwegian sailing fleet while the country struggled to transition to steamships during an economic period that required this major investment. In 1900, a crash in the Norwegian building industry led to a major financial crash and stagnation for the next 5 years. Things would start to turn around after the country gained their independence from Sweden in 1905, but I'm sure the uncertainty surrounding their future at this time would have been concerning.

Christoffersen Arrival Manifest (1907)These issues must have weighed heavily on the Christoffersen family as they family departed from Christiania, Norway (now Oslo) on 08 Feb 1907 aboard the S.S. Hellig Olav under the name Christoffer Christoffersen, bound for America. He arrived at Ellis Island, New York 12 days later on 20 Feb 1907. From there, the family went to stay with Christoffer’s Uncle Martin Christiansen at 225 Superior in Cleveland, OH.5

By 27 Dec 1909 Christoffer, now 20, started the naturalization process in the Federal District Court in Cleveland and listed his address at 2064 West 55th Street, Cleveland, Ohio. It took Christoffer almost 4 and a half years to become officially naturalized. The official date was on 08 Apr 1914 in Cleveland where he was listed as living at 2275 E 74th Street. At the time of naturalization, Christoffer petitioned and officially changed his name to Christopher Lowe.6

The Lowe family name came from an Americanized version of Christopher’s Grandmother Mathea Gulliksdatter Loe’s farm name [pronounced "Loo"]. A “farm name” is part of a naming pattern associated with Norwegian families in the old days to ascertain where they came from and identify them from someone else with the same name.7 This farm name usually came from the actual farm you were born and raised on, but sometimes related instead to the land you currently owned. (It's more common, but not always the case, to see a woman's farm name as her place of birth and a man's farm name as their current residence.)

Whether using the Lowe name was Christopher’s idea or not is unclear. What I do know is while Christopher is the first to use the name here in America, his younger brother Oscar also was listed under the name Oscar Lowe-Christoffersen8 and his younger sister Anna Marie joined her brothers and took the Lowe name as well.9

Declaration of Intention (1909)The naturalization paperwork provides us a bit of a description of Christopher. He is listed as having white skin with “ruddy” complexion, standing 5'9" tall, weighting 160 lbs, with blonde hair and blue eyes. He speaks English and can read & write. He was employed as a first mate on steamship 25 for Hutchinson & Company, the operating end of the Pioneer Steamship Company.6

Christopher's entire family, close and extended all attended the Our Savior's Lutheran Church in Rocky River, Ohio. Here, Reverend Oscar Stromm presided over the church services which were held in Norwegian the first Sunday of every month and the rest of the month in English. The congregation was predominantly Norwegian and Danish and it's here that we are fairly certain Christopher met a Norwegian girl named Thora Marie Haugen. (While unlikely, it's also possible they met by other means as by 1917, Thora was living at 6609 Linwood Avenue which was only about a mile north on 71st street from Christopher's family at 2275 East 74th Street.C)

Christopher Lowe married Thora Marie Haugen on 02 Jan 1918 at the home of Reverend Oscar Strom at 5407 Franklin Avenue in Rocky River, Ohio. Christopher was 8 years her elder. The couple was married by Rev. Strom, who also performed many of the Andreasen/Anderson family weddings in Cleveland.10 Witnesses to the marriage were Oscar's wife Anna L. Strom and Emma Dyeland.

Thora & Christopher's Wedding (1918)After Christopher and Thora’s marriage, they moved into a rental property at 1915 West 73rd Street.11 In 1921 they moved to 4214 Trowbridge Ave.12 and in 1922 they moved the family again where they were found at 2045 Spring Road, all in Cleveland.13 About 1924 Christopher was able to finally purchase a house at 3343 Lincoln Avenue in Parma where he would raise his family.

Christopher became ill while working as a First Mate aboard the steamer William C. Atwater, and about May of 1928, it was determined through clinical findings that Christopher had carcinoma of the lung, better known as lung cancer. Things went from bad to worse about March the next year when the doctors had more troubling news: it was determined that Christopher's lung cancer was metastatic, meaning it wasn't the originating form of cancer, just a secondary location it had spread to. They had now discovered that Christopher had carcinoma of the Nasopharynx.

Funeral Notice in Cleveland Plain Dealer (1929)The Nasopharynx is the area located behind your nose & above the back of your throat. This type of throat cancer is extremely rare in the US today and still hard to diagnose, meaning it was very advanced by the time they were able to diagnose it in 1928. Cancer had no treatments or cures in the 1920s as radiation and chemotherapy treatments had not been invented yet. All Christopher could do was return home and continue living his life.

Christopher's condition officially worsened to the point where 6 months later, on the 5 Sep 1929, he was admitted to the U.S. Marine Hospital in Cleveland. Over the next month, the doctors managed his pain and kept him as comfortable as they could. At 2:40 PM on Wednesday, 2 Oct 1929 at the age of 39, Christopher passed away at the marine hospital.14

Christopher was buried three days later on 05 Oct 1929 at West Park Cemetery on 3942 Ridge Road in Cleveland in Section 21, Lot 219 near his father and brothers.15 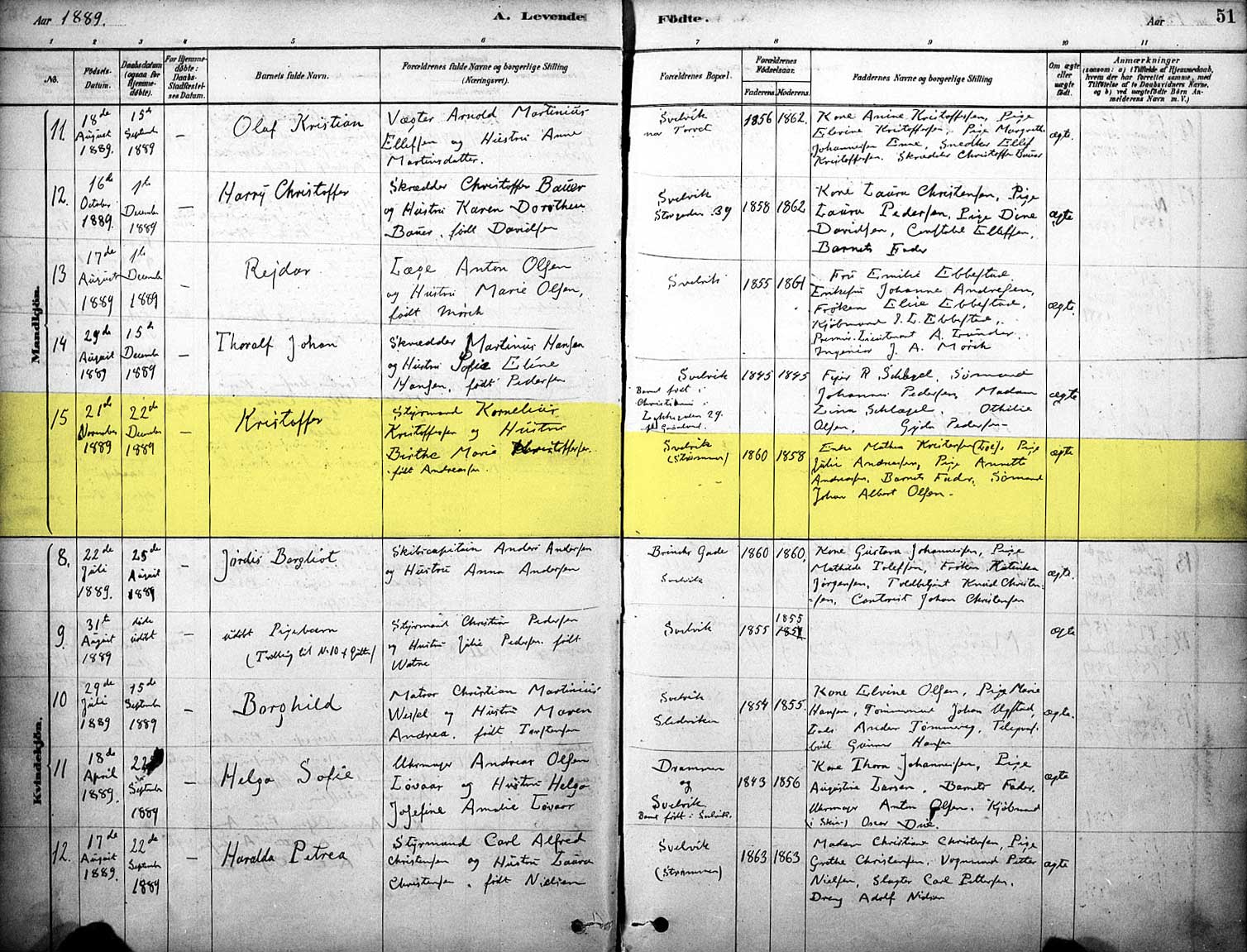 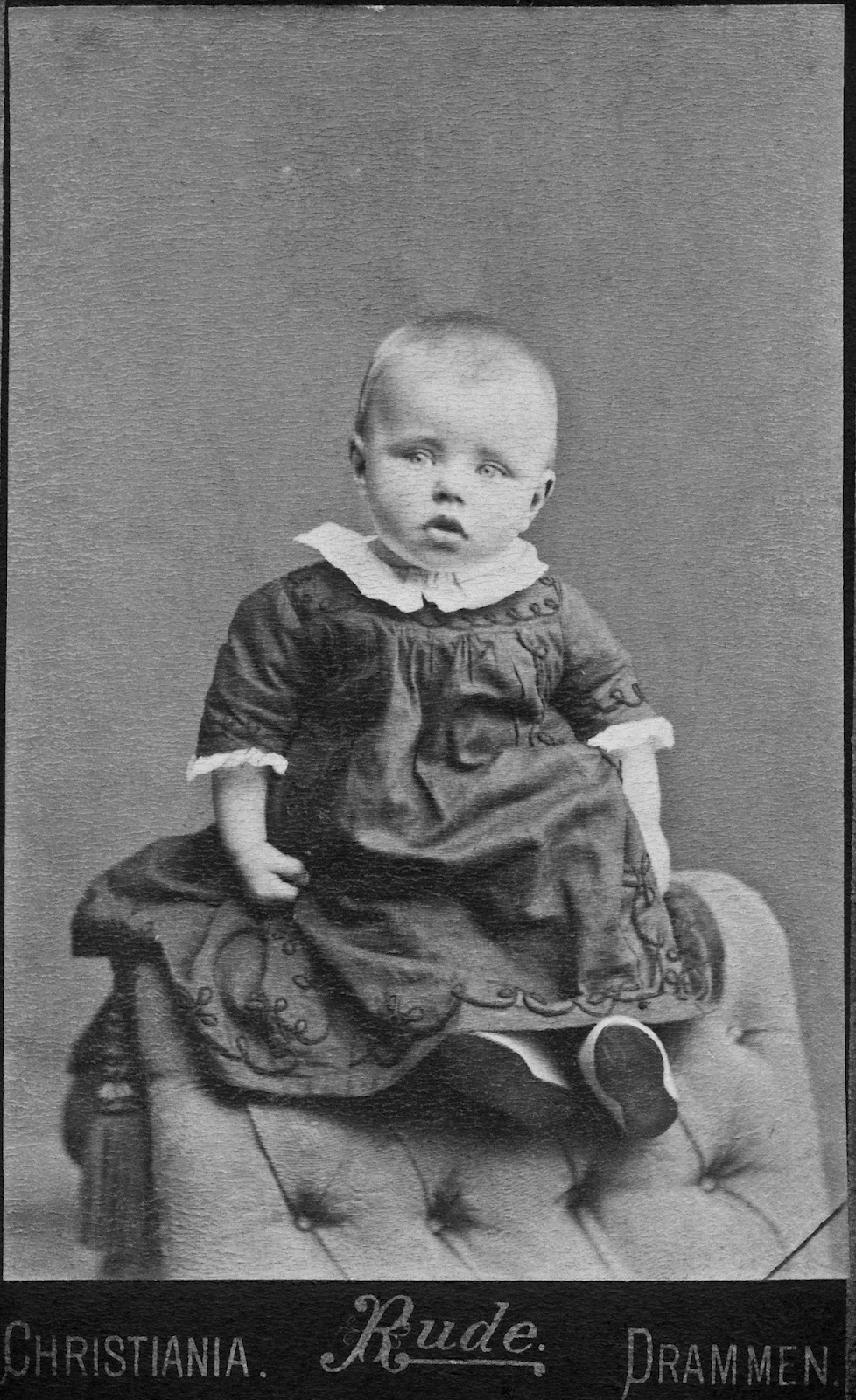 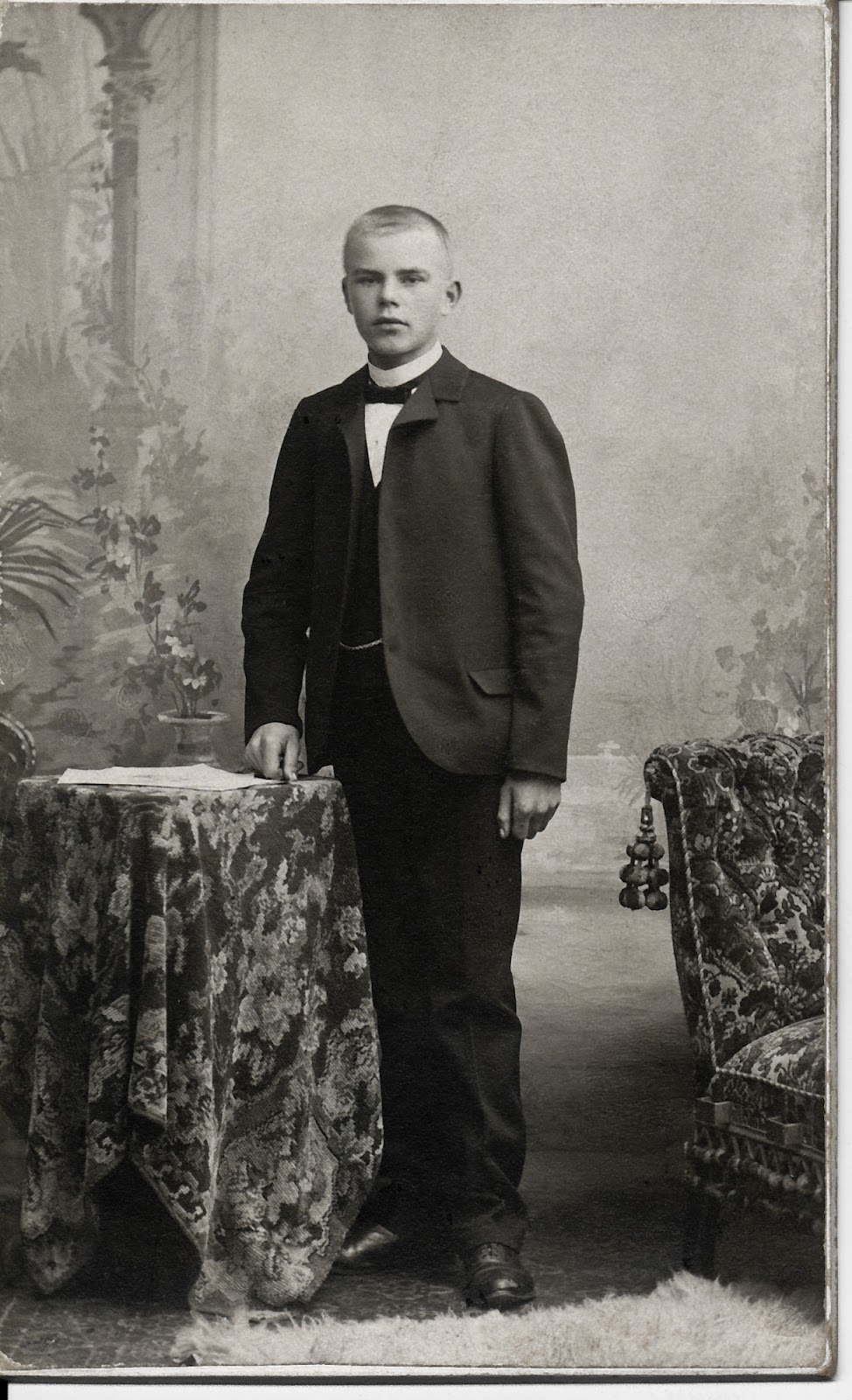 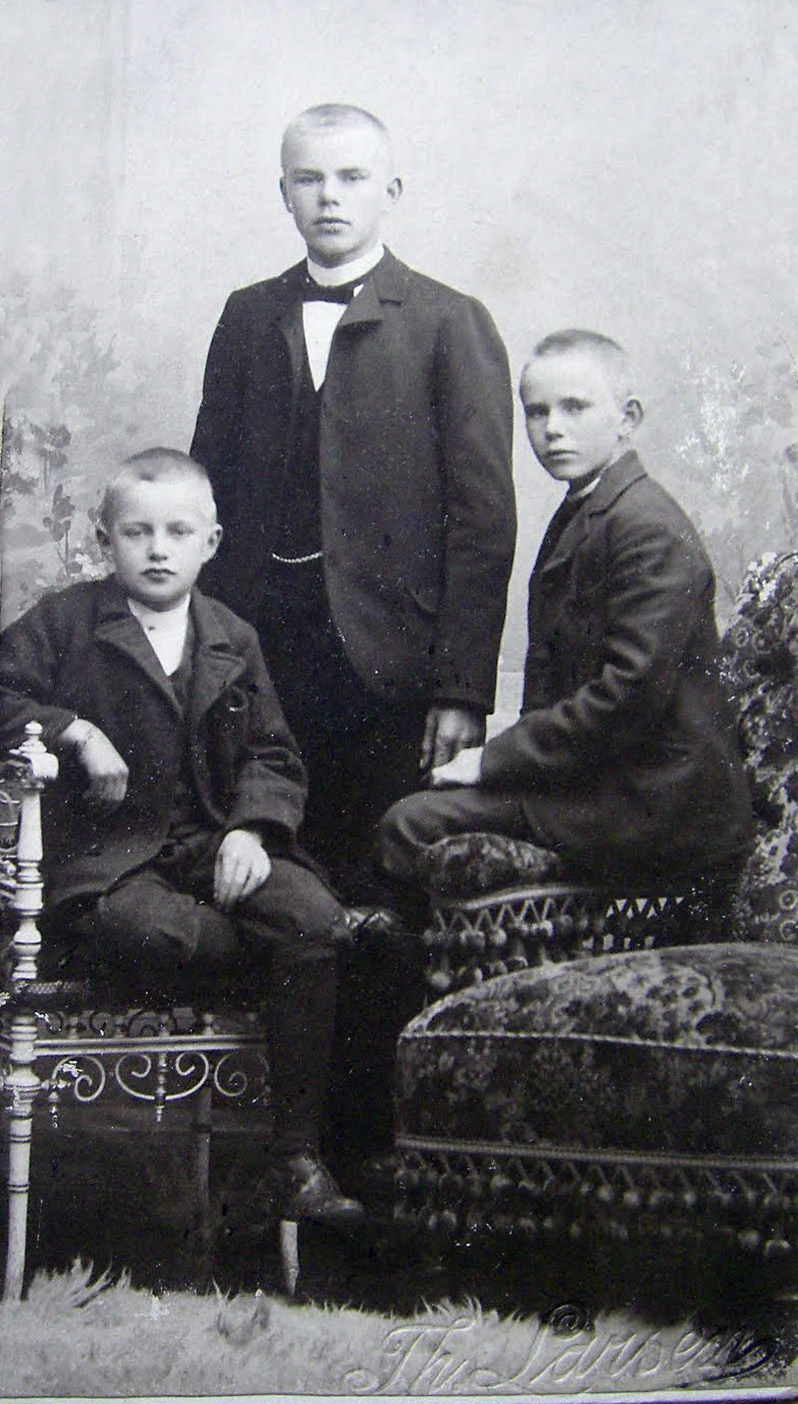 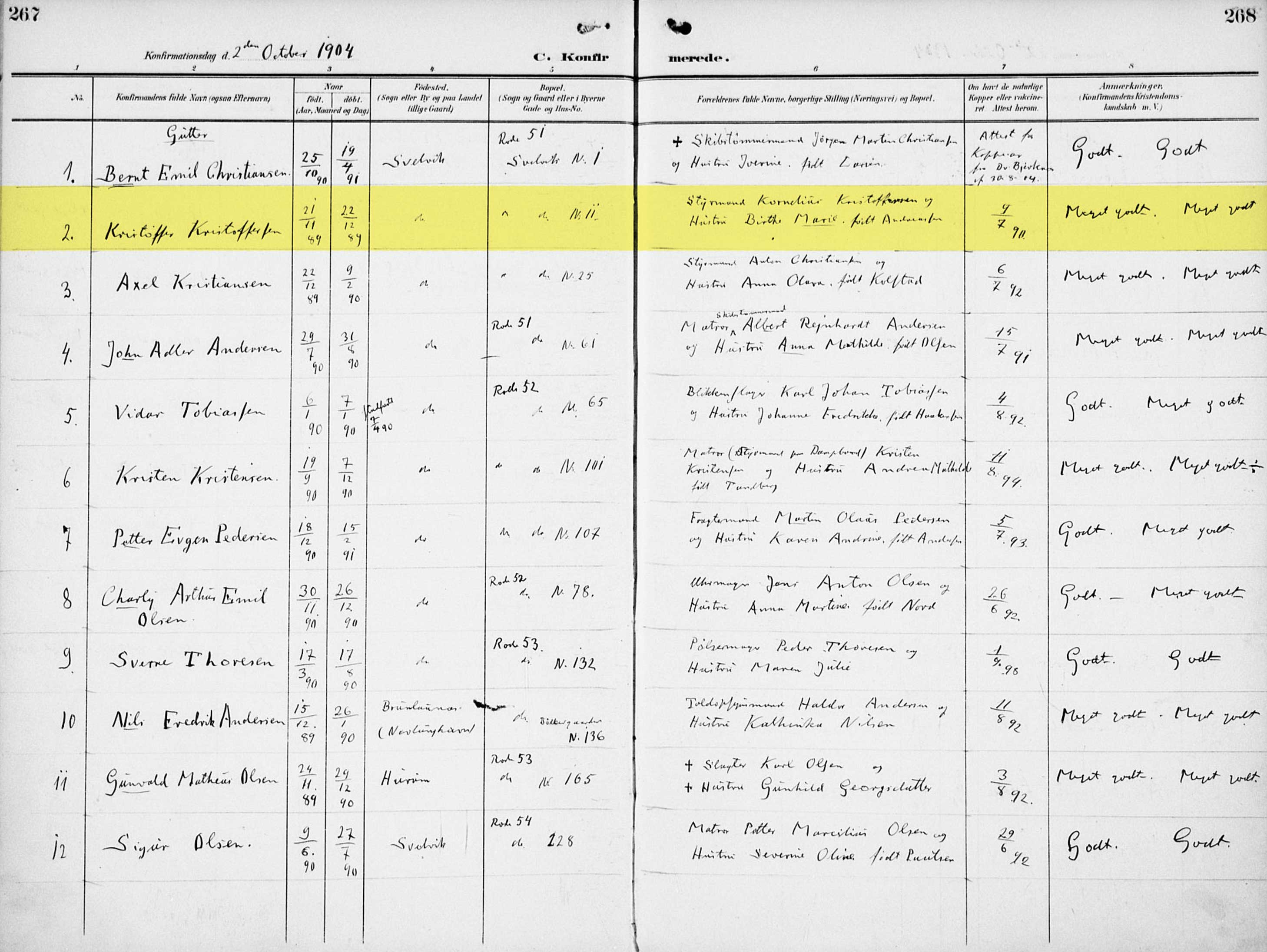 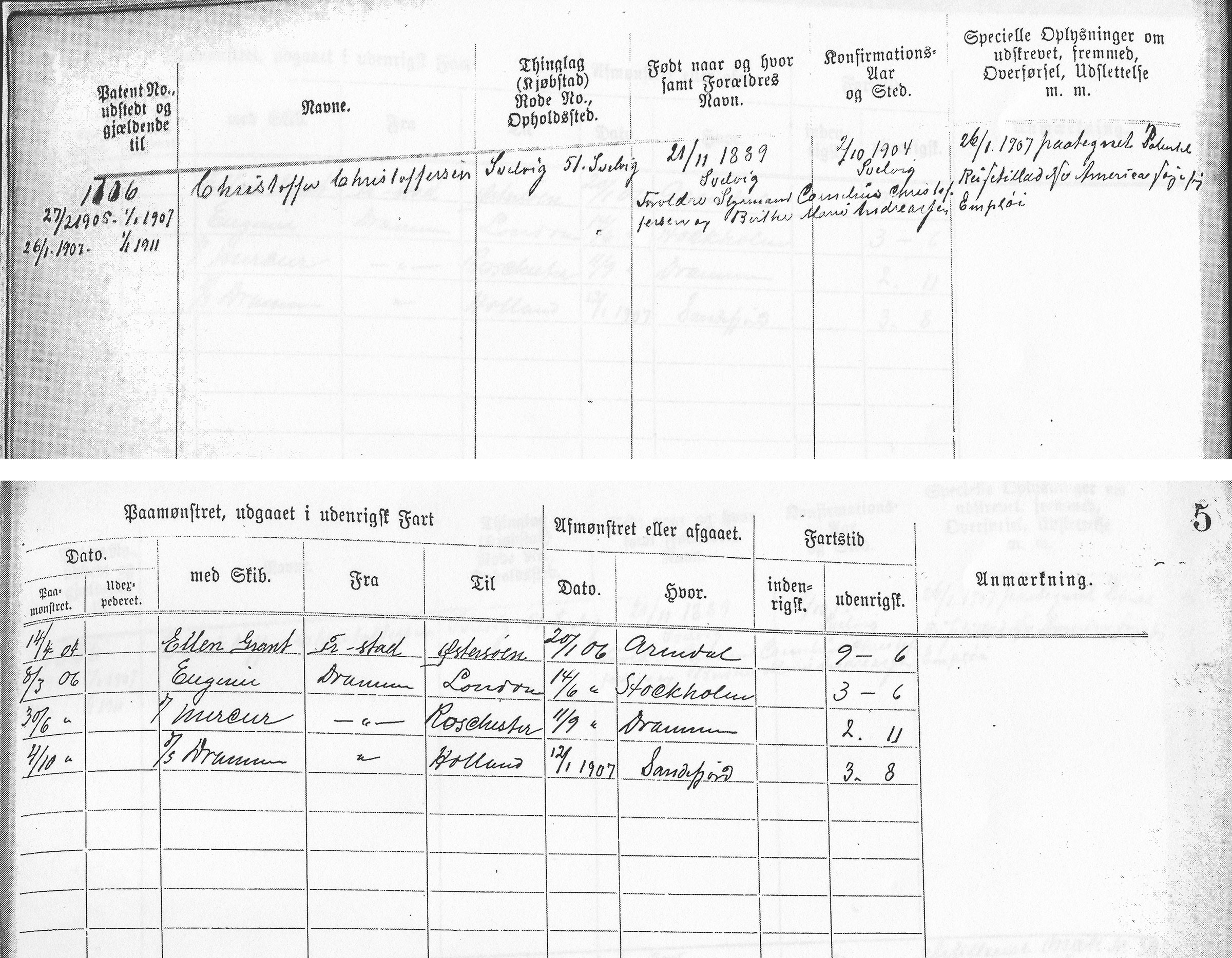 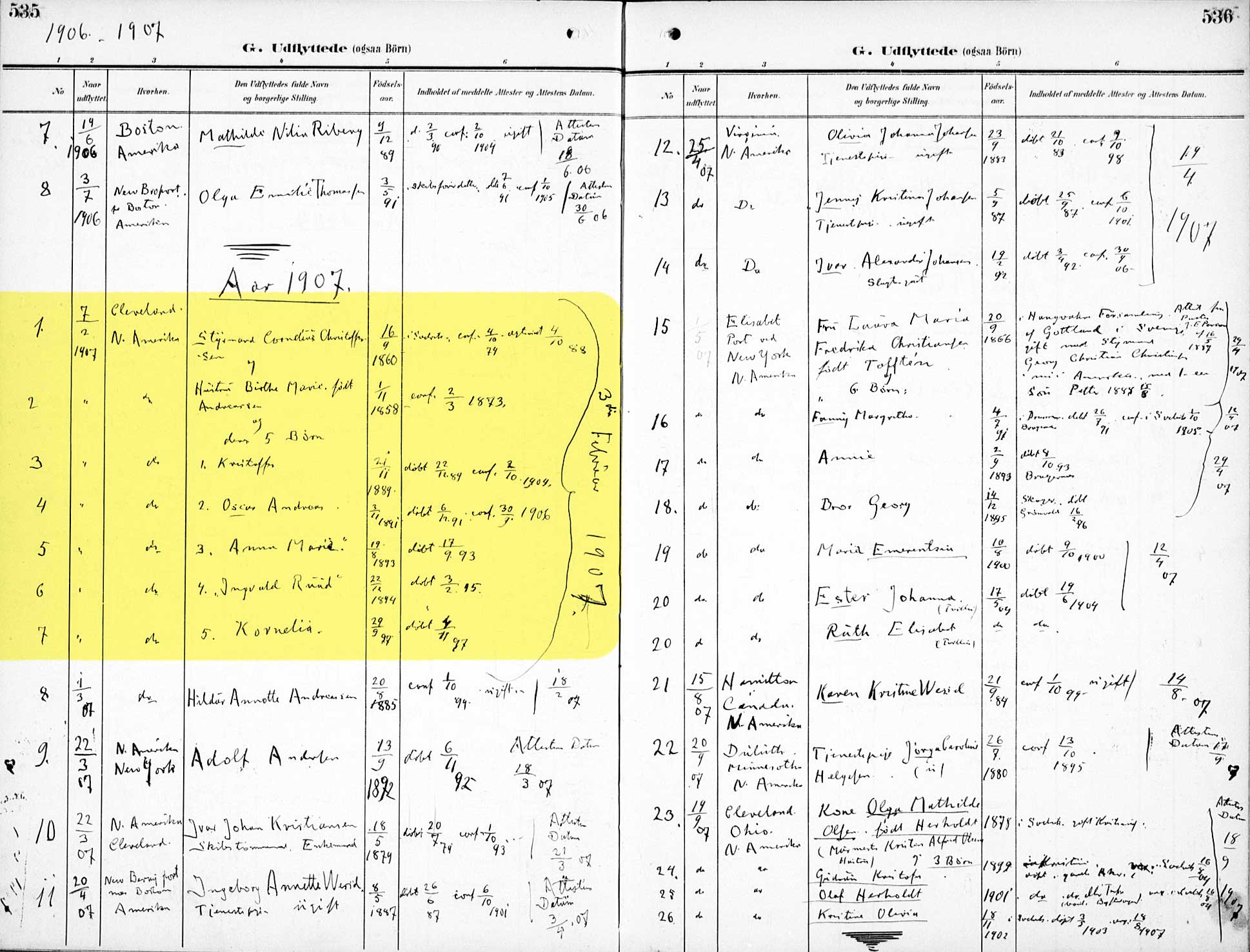 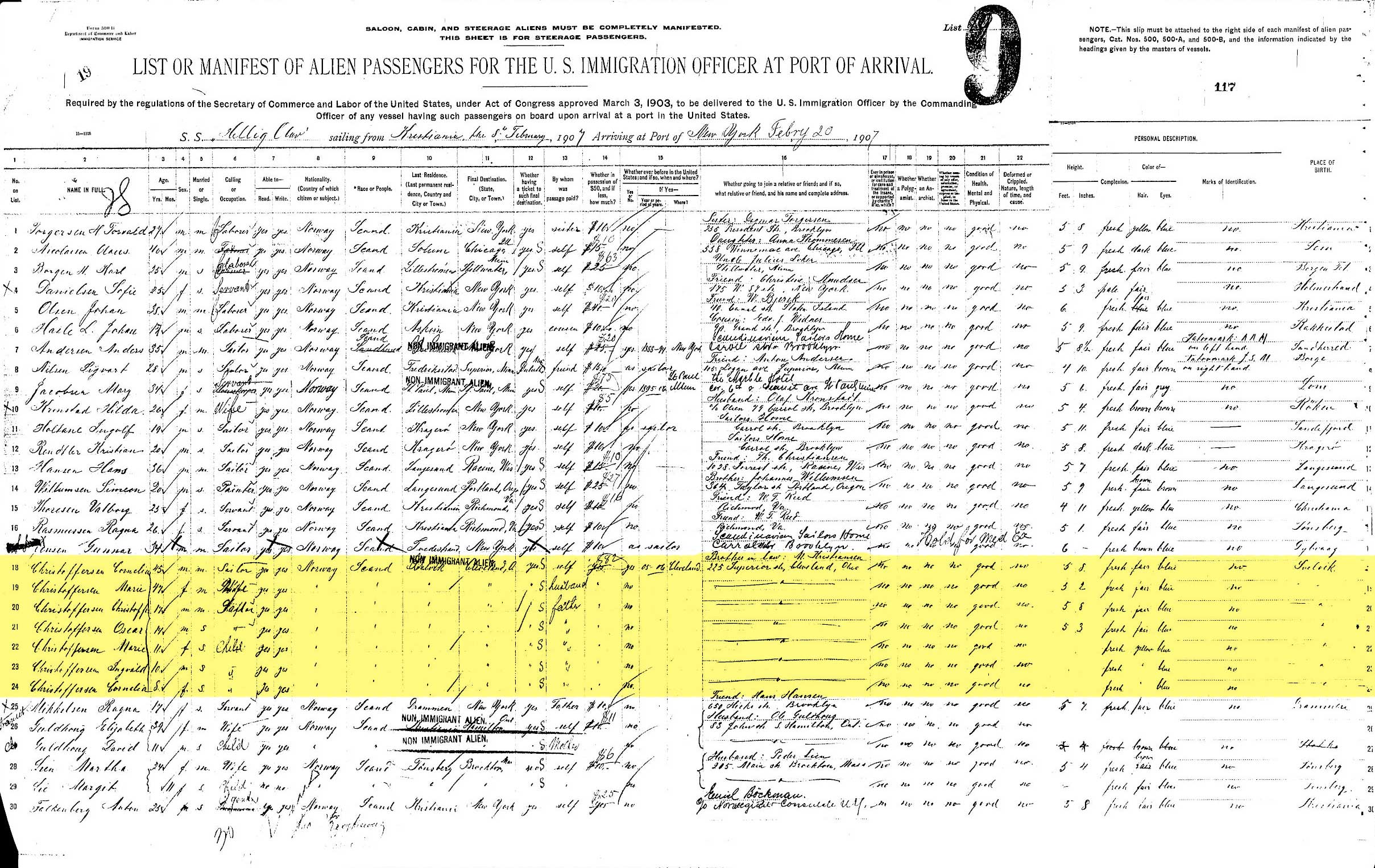 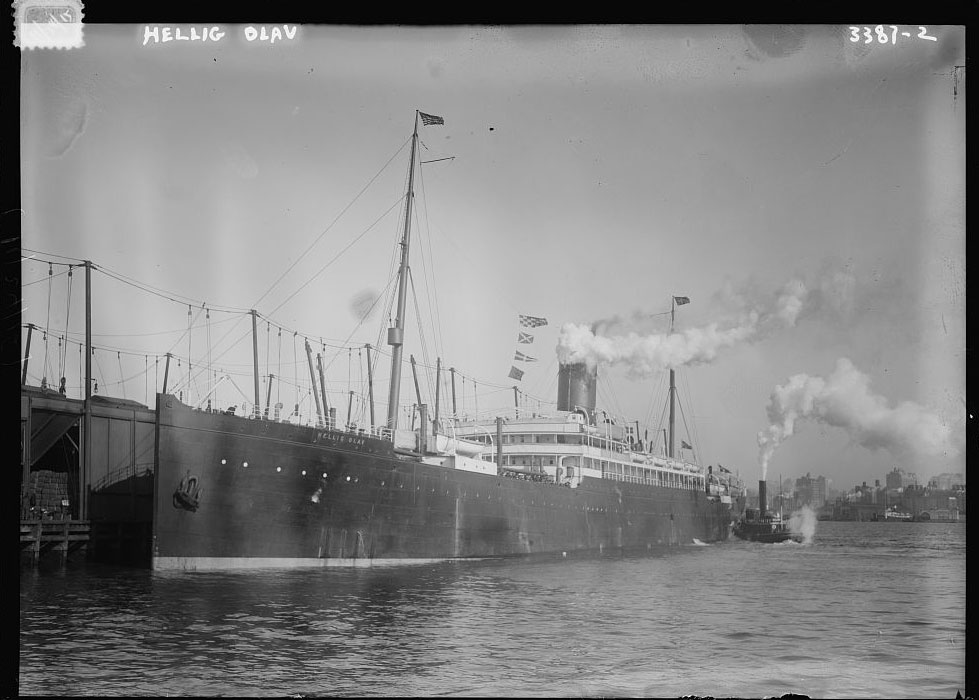 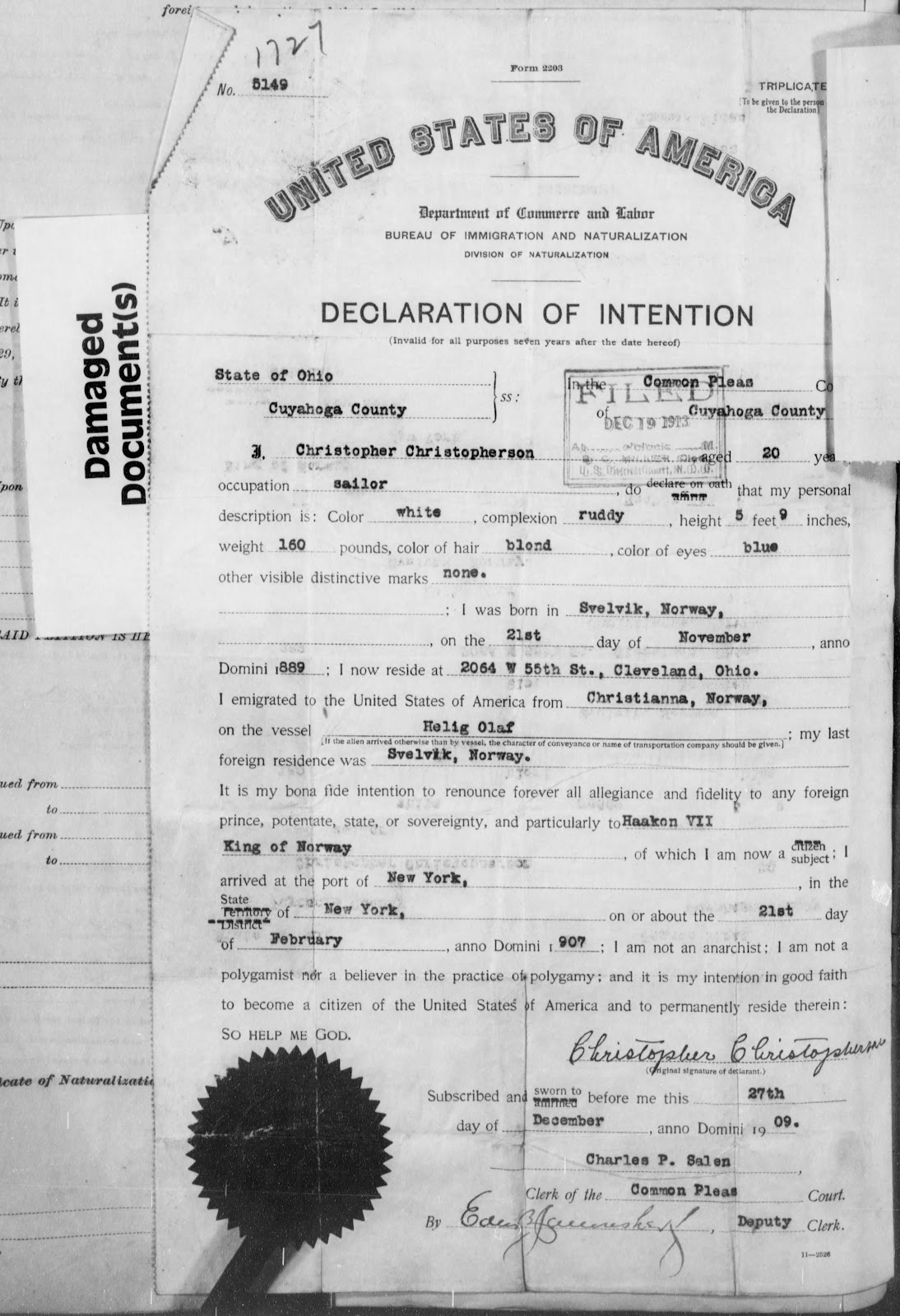 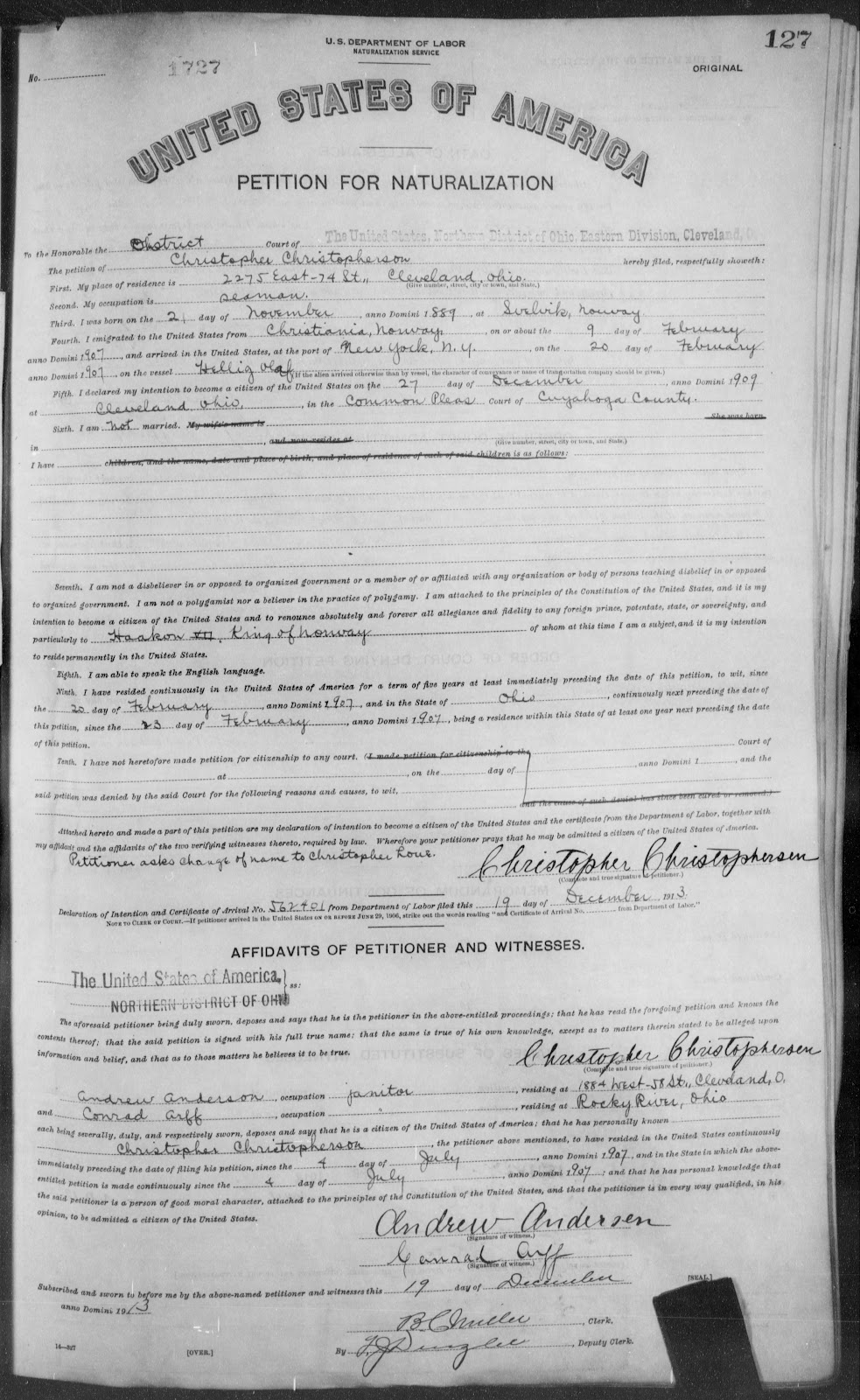 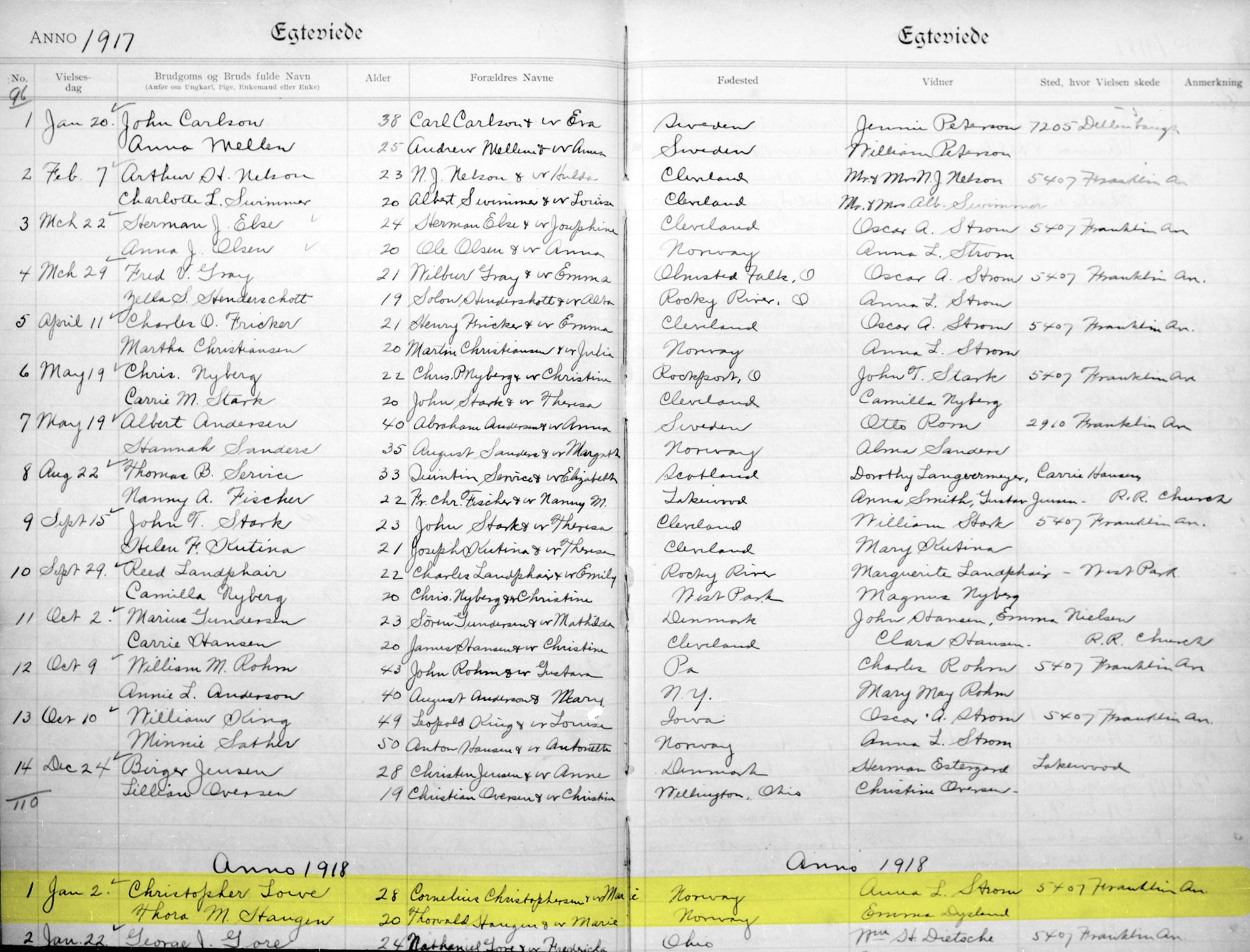 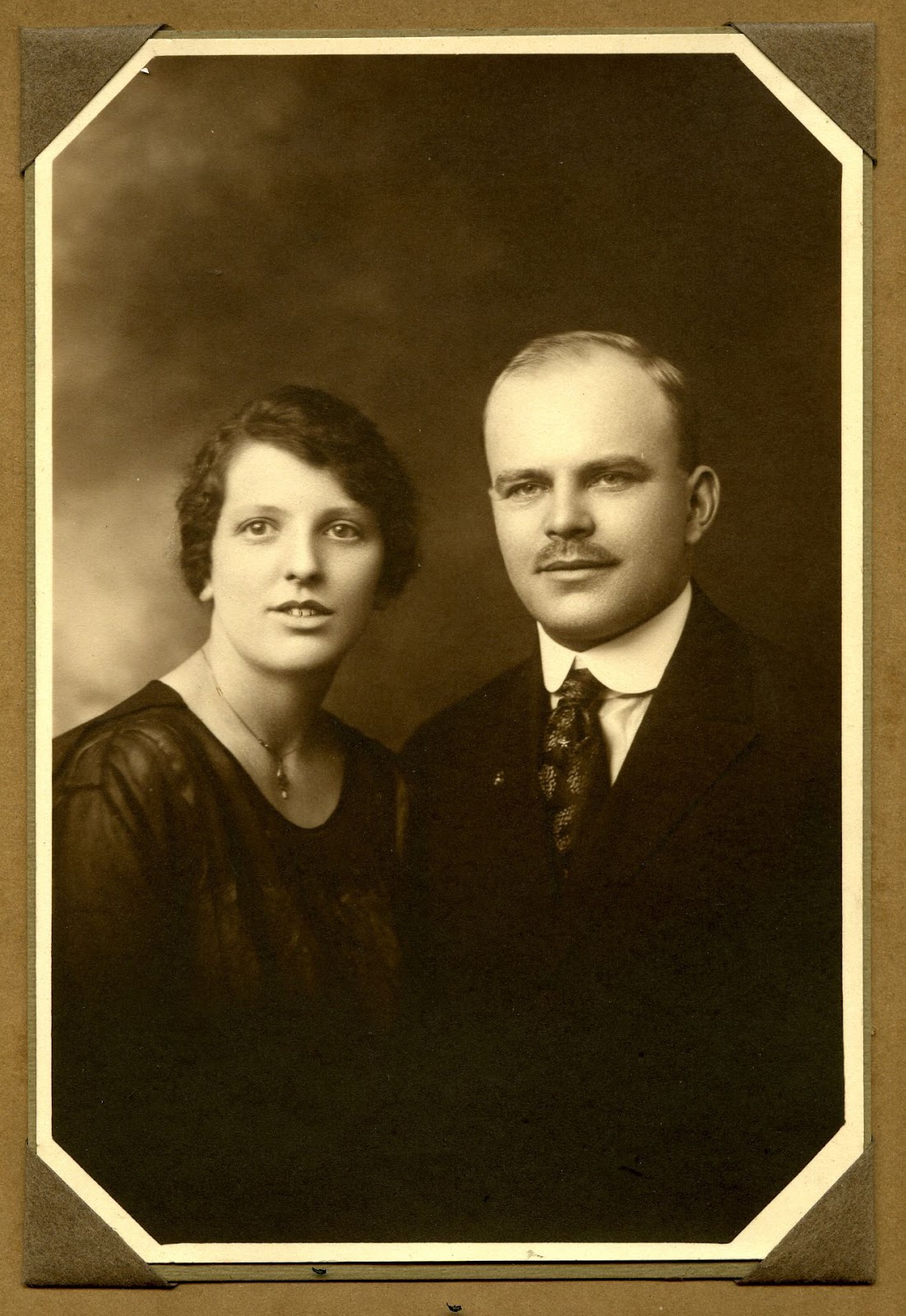 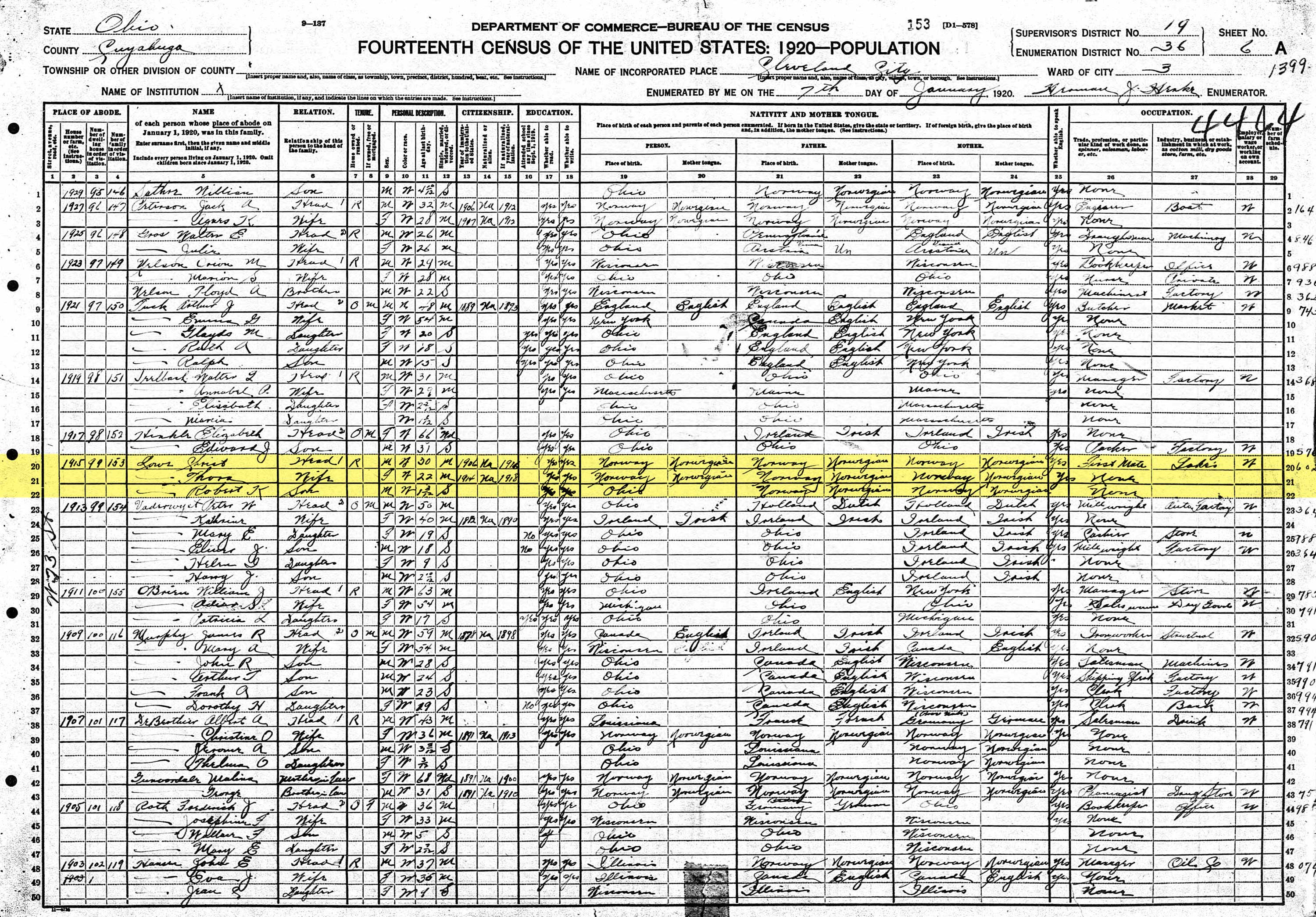 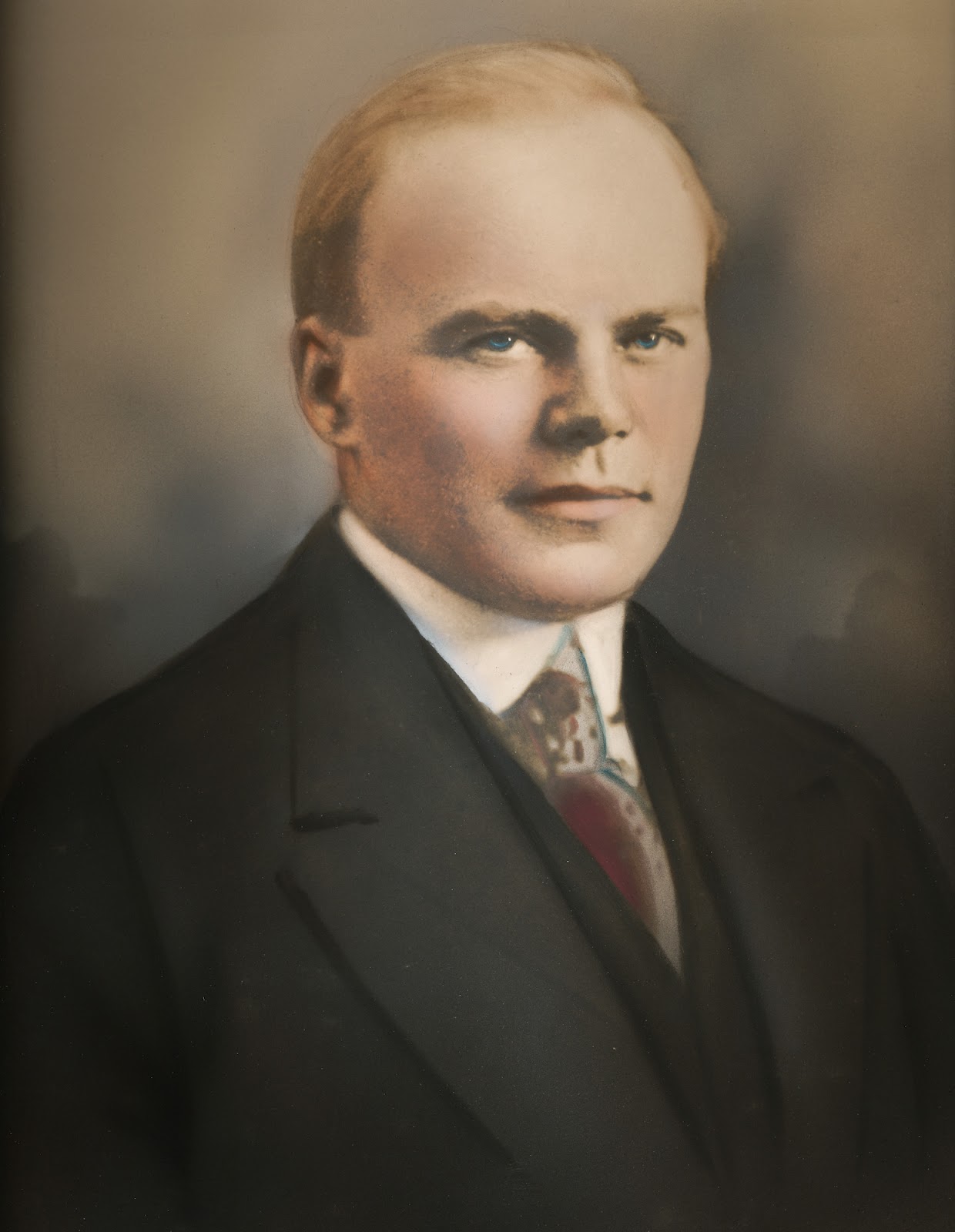 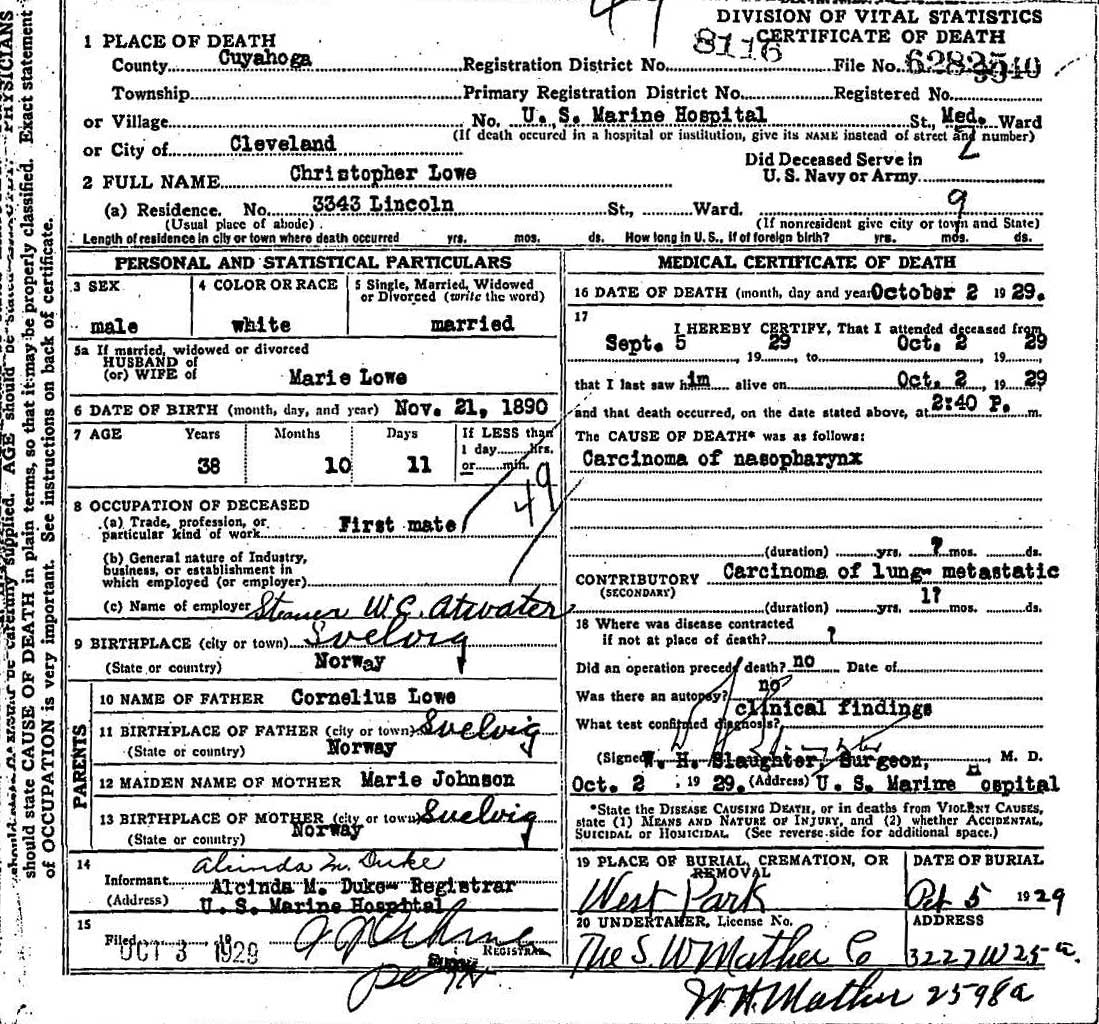 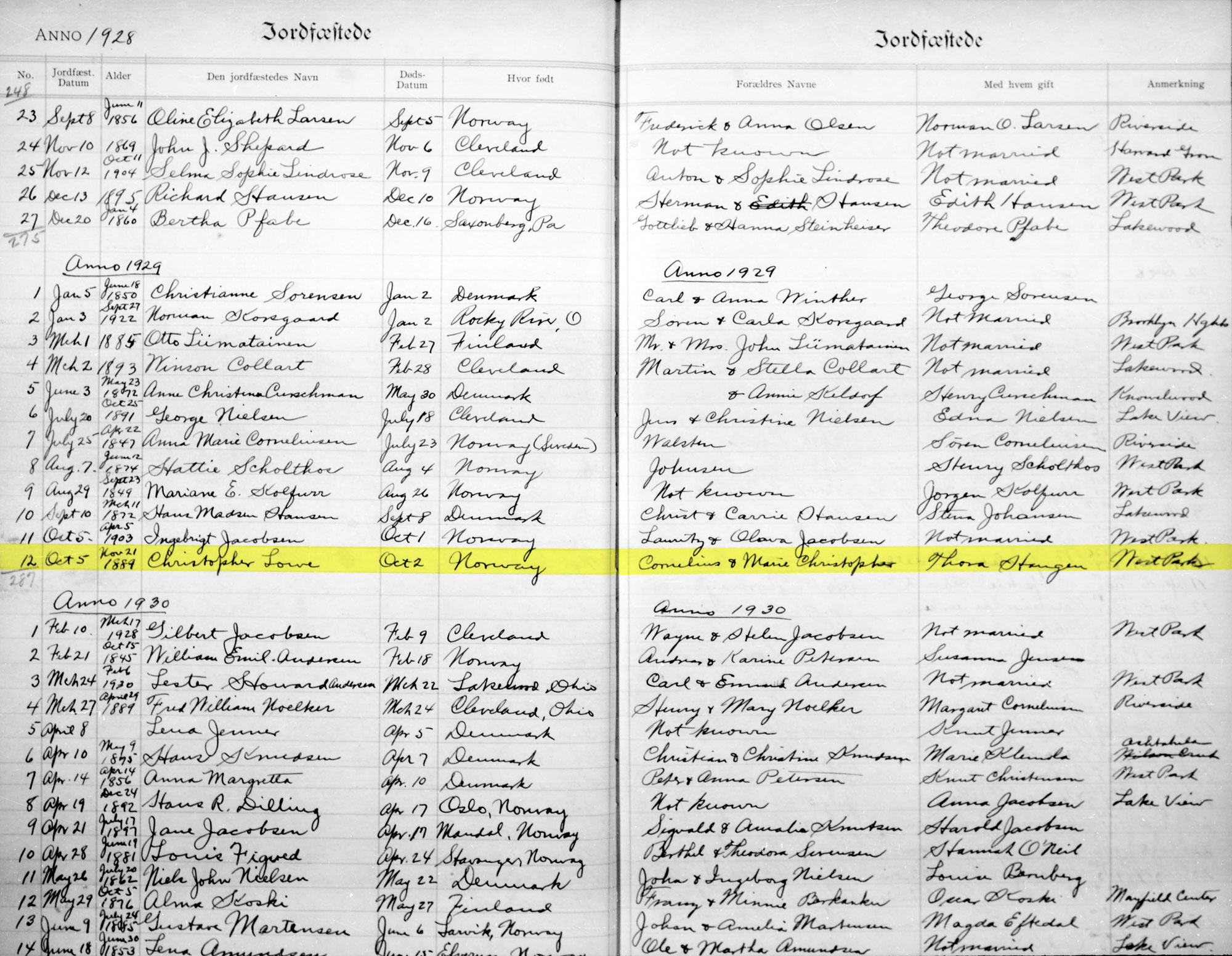 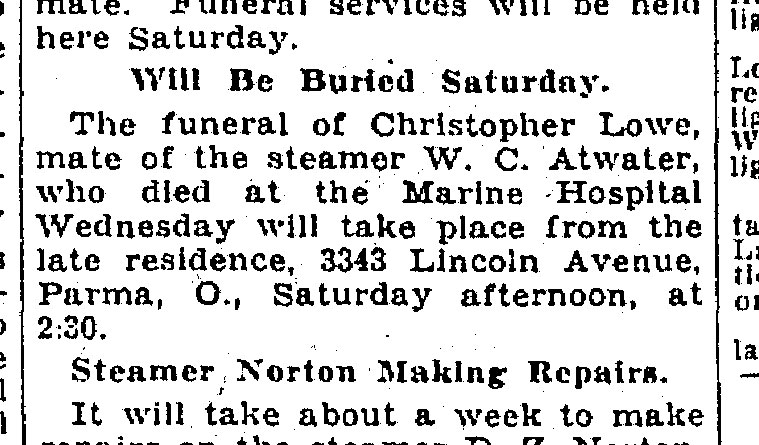 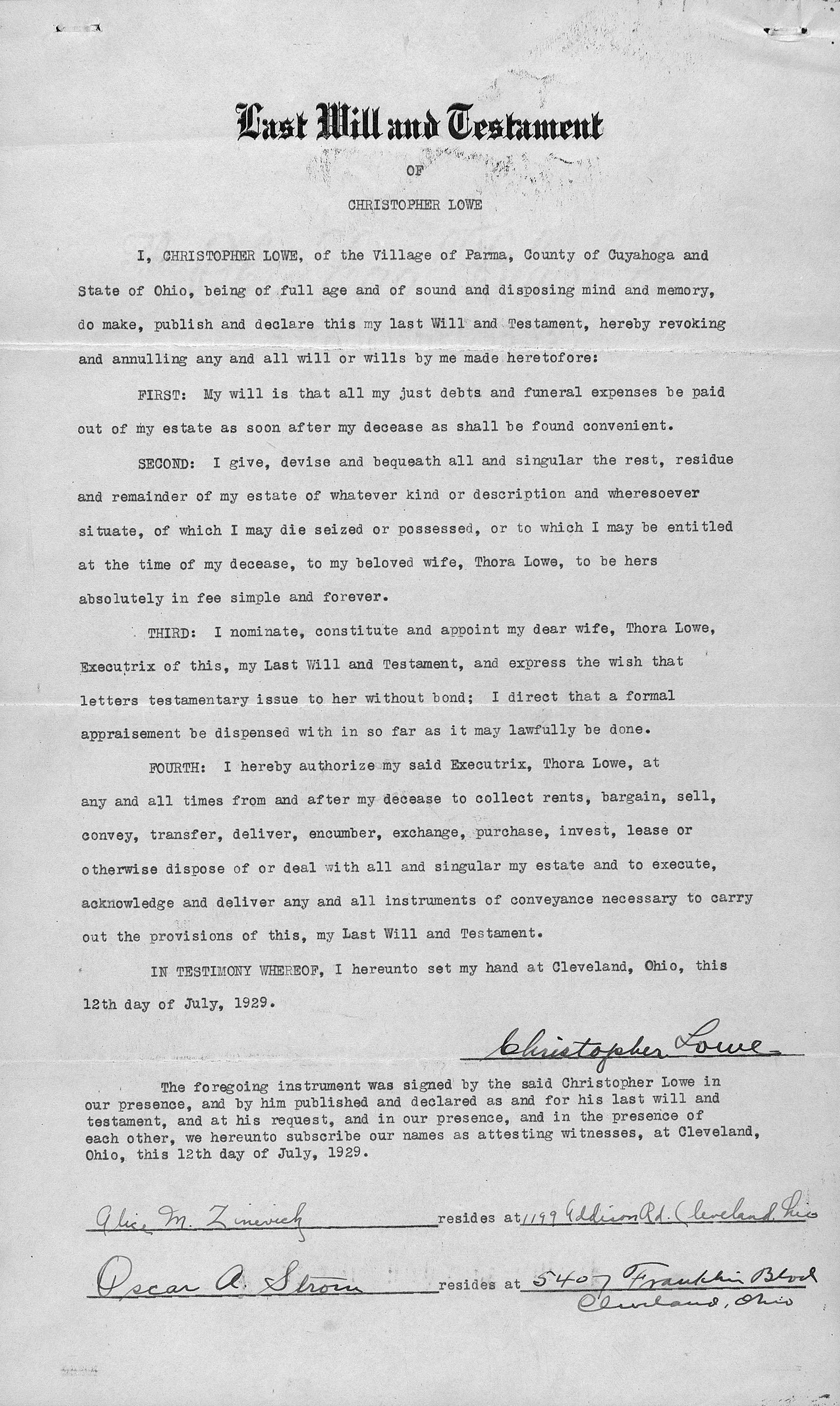 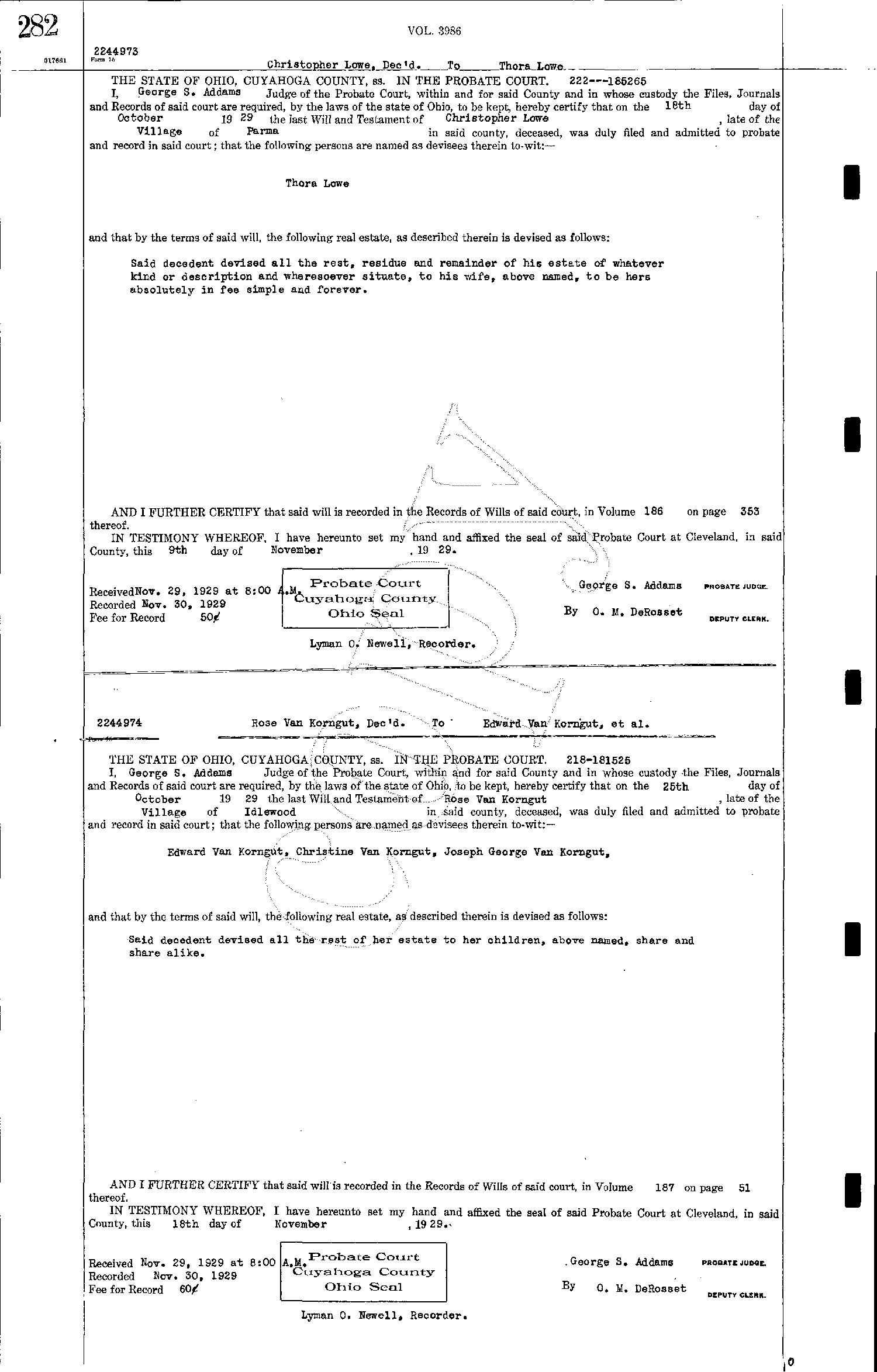 A Norway Parish Registers for Svelvik at the time of Cornelius' baptism were not located under their current county of Vestfold. At the time, Svelvik's Stromm church was a part of the Hurum parish in Buskerud County.

B In 1912, when Cornelius starts the application process to become a naturalized citizen of the United States he lists his residence as 7812 Euclid Avenue. I have no other documentation to back up that they ever lived in the church while Cornelius was a sexton, but since it's mentioned, I felt I should list it just the same. My belief is it's more likely that with the frequency of his family relocating almost on a yearly basis, Cornelius chose to write his job and place of worship as his residence, since they would always be able to find him throught the church no matter where he was during the application process.

C While we don't have a record of the congregation prior to Christopher & Thora's marriage to be certain, we do know they attended Our Savior's Lutheran Church of Rocky River, which was predominantly a Scandinavian and Danish Church. Every first Sunday of the month was a full Scandinavian service with the rest of the month in English. All of the Norwegian cousins attended services at this church and it wouldn't be out of the question for Christopher and Thora to meet here either (given she was a Norwegian immigrant as well).

What role did Christoffer have in the use of the family name Loe? Was this his idea or another family member's?
Did Christoffer's father approve of Christoffer's name change (or possibly even suggest it)? 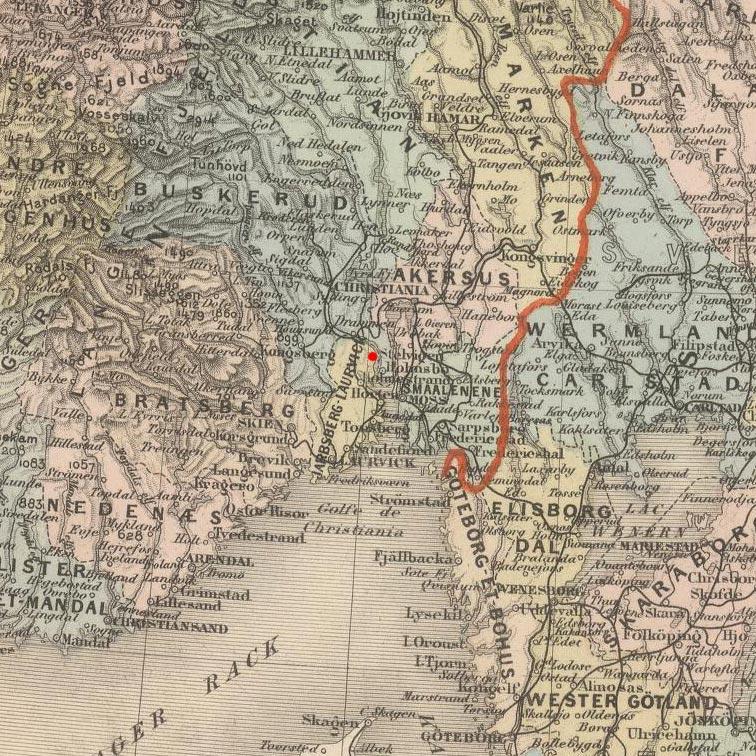 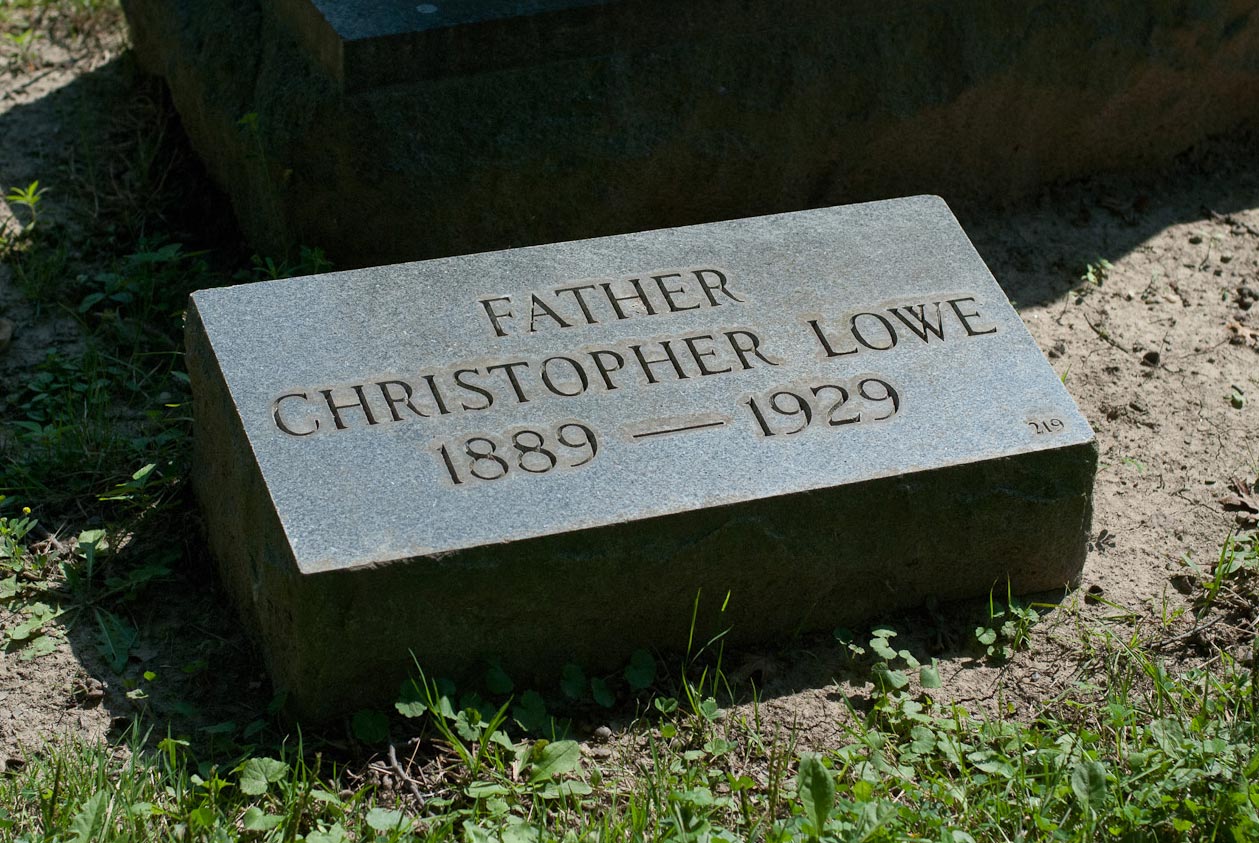