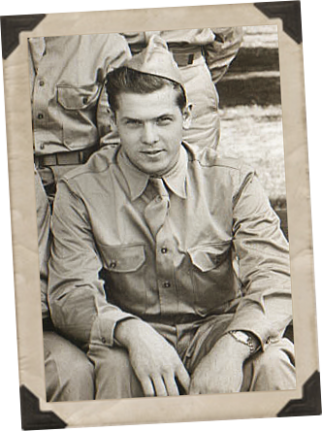 Georgie & sister Edna (1942)"Georgie", as he was called by the family, was born & raised in Cleveland, Ohio in an apartment above his father's butcher shop, Rogers Foods, at 9741 Lorain Avenue in Cleveland, Ohio.

As Georgie got older he took on responsibilities as a clerk in his father's butcher shop. He went to school and graduated from West Technical High School in Cleveland, Ohio.

When the war broke out, Georgie wanted to enlist and join the fight, but his parents were against the idea. Being a butcher and shop clerk in the meat market, Georgie was exempt from the War draft because, the government felt his efforts were needed at home providing the public a much needed service (in its current state, if the drafts got more severe, this exemption would have eventually been revoked).

Georgie (1942)Georgie felt the war effort was calling him anyways and at the age of 20, he "ran away from home" and joined the Army against his family's wishes.A

Georgie was enlisted on the 22 June 1942 and started basic training at Fort Benjamin, Harrison, Indiana. There he trained with Company H-3 under the command of instructor Pvt. Radtke.

After the completion of basic, Georgie was assigned to the 91st Cavalry Reconnaissance Squadron, Troop C. There he became lovingly known as "Pancho", a nickname given to him by his squad-mates because he always prepped for battle by loading up with crossed bandoleers of ammunition and extra hand grenades (a look that echoed the Mexican Revolutionary General, Pancho Villa).

Georgie fought in the Africa, Sicily, and Italy Campaigns and was wounded twice. The second of which happened on the 10 Jan 1944 and was reported in the Cleveland Plain Dealer on Feb 26. At the time, Georgie was in Italy actively pushing back the Germans and heading north towards Rome. It's most likely a grenade or some other explosion went off nearby and Georgie was hit in the arm by shrapnel. The wound required medical attention and Georgie was taken to the closest hospital where a doctor removed the foreign object.

Georgie (1942)Sometime near the end of June or beginning of July 1944, squadmate and commander of the squad's night recon missions, Fred SalterB learned he had received his ticket home. When this happened, command pulled him off the front lines and honored Georgie with a promotion to the command of the night recon missions. On 8 Jul 1944, in the vicinity of Montecatini, Italy, while return to base at the end of their night recon, Georgie was shot by pistol fire behind enemy lines. The wound was fatal and Georgie was killed in action.C

Georgie's ObituaryOn the 8 Aug 1944, Georgie was temporarily buried in Follonica, Italy at a United States Military Cemetery (Plot C, Row 36, Grave 423); This was the site of Georgie's temporary military burial before the war ended. After the war, Georgie was returned home for a proper family burial at the family plot in Columbia Station, OH which took place on 8 Dec 1948, a full 4 years and 4 months after her was buried in Italy.

(It seems the cemetery in Follonica no longer exists and his fellow soldiers that didn't make it home were re-interred in a central location by the military where it would be easier to manage and memorialize the fallen soldiers: Florence American Cemetery and Memorial in Florence, Italy.)

At home, the family was running the butcher shop the day the Army personnel drove up to the front of the store to deliver the news of Georgie's passing. His parents immediately knew what the arrival of the cars meant and the news was crushing. As the Army personnel entered through the front door, family remembers customers quietly backed out as quickly as they could.

On 6 Aug 1944. the family held a memorial service for Georgie at Martin Luther Church in Cleveland.

Georgie's parents broke down and fell into a deep depression. The family was not sure they would ever recover. Georgie's sister Edna and her husband Ralph had to take over the day-to-day operations of the butcher shop to keep the business alive and prevent it from going under, which was becoming a growing danger.

The family even started construction on a pair of houses, side-by-side, sharing a driveway on Westwood Drive out in Strongsville because there seemed to be no recovery in site. Daughter Edna felt she would need to move her parents next door to her so they could be cared for full time.

While the houses were eventually completed, Georgie's parents never moved out to Strongsville to live next to Ralph and Edna. The couple eventually recovered and resumed operations on their butcher shop. (Ralph and Edna would rent out the house next door until their younger daughter married and purchased the house.)

I can't say that things ever returned to "normal" for the Rogers family. Life carried on, but Georgie's memory weighed heavily upon the family. His name was not mentioned and he was not brought up for fear of the amount of pain those feelings and memories would bring. Grandchildren and great grandchildren would learn about Georgie and his sacrifice through Ralph and his daughter, who was 10 when Georgie passed. She was incredibly close to Georgie and idolized him.

Georgie's mother Edna tried for years to get information on her son's death out of the Army, but beyond a brief summary stating George took small arms fire near Montecatini, she never succeeded in getting the information she wanted. Many years were spent wondering what happened to their son and wishing for some closure beyond his burial at home.

Edna also tried to get information regarding Georgie's personal affects after he passed. She specifically wanted to know what happened to her son's camera. She wanted to have something to hold onto even if it was just photos he had taken from his time at war. Her request was never acknowledged. 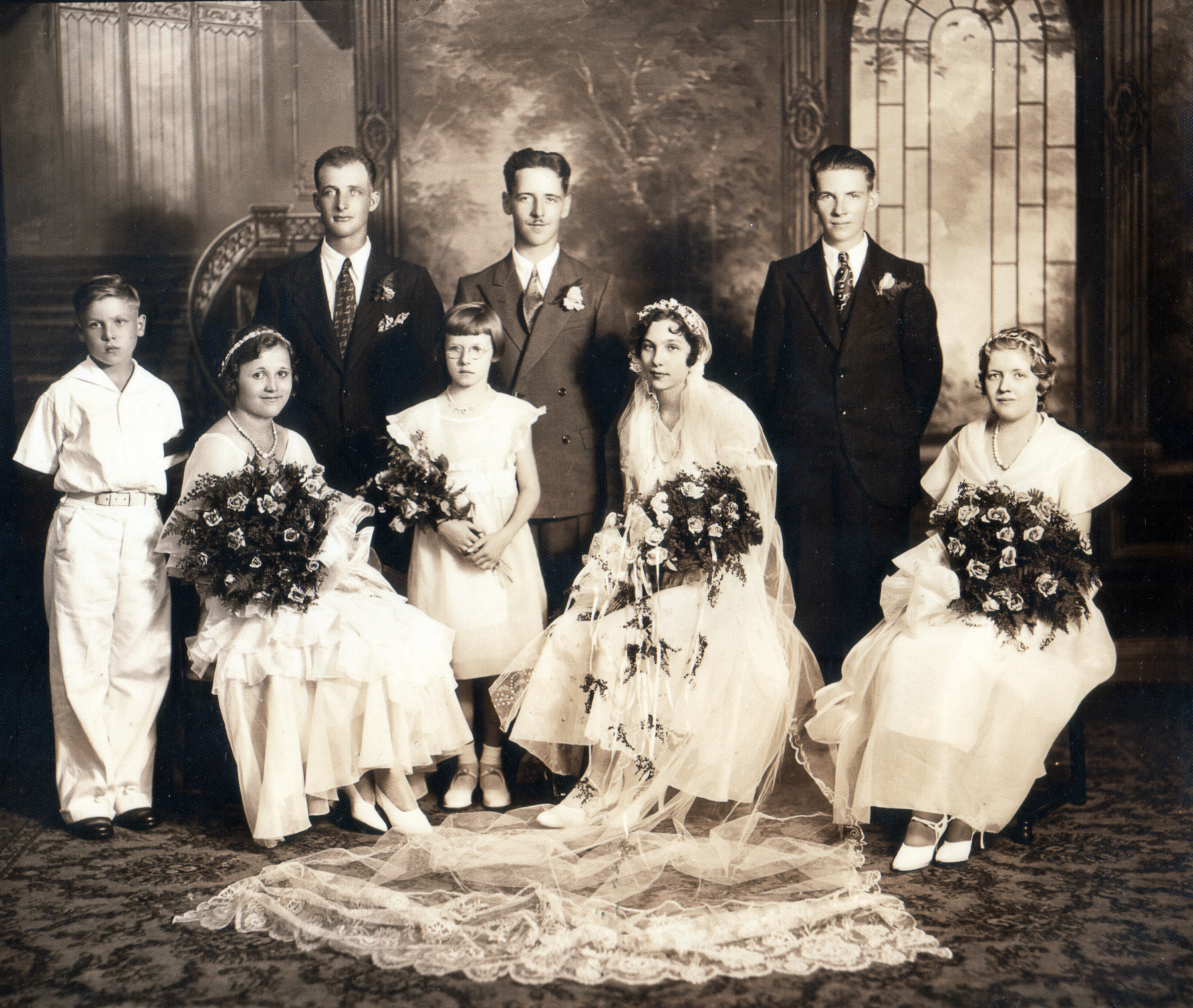 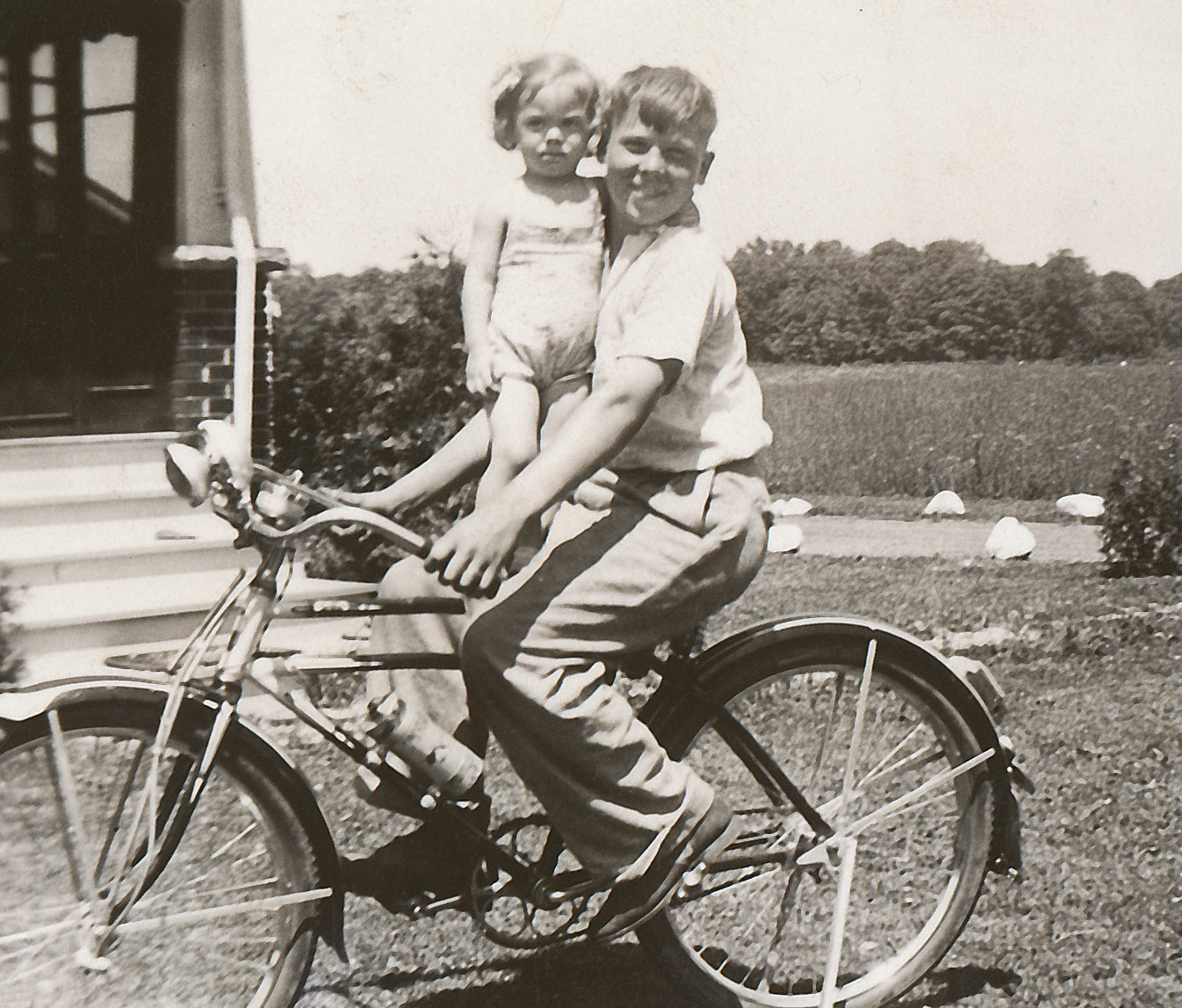 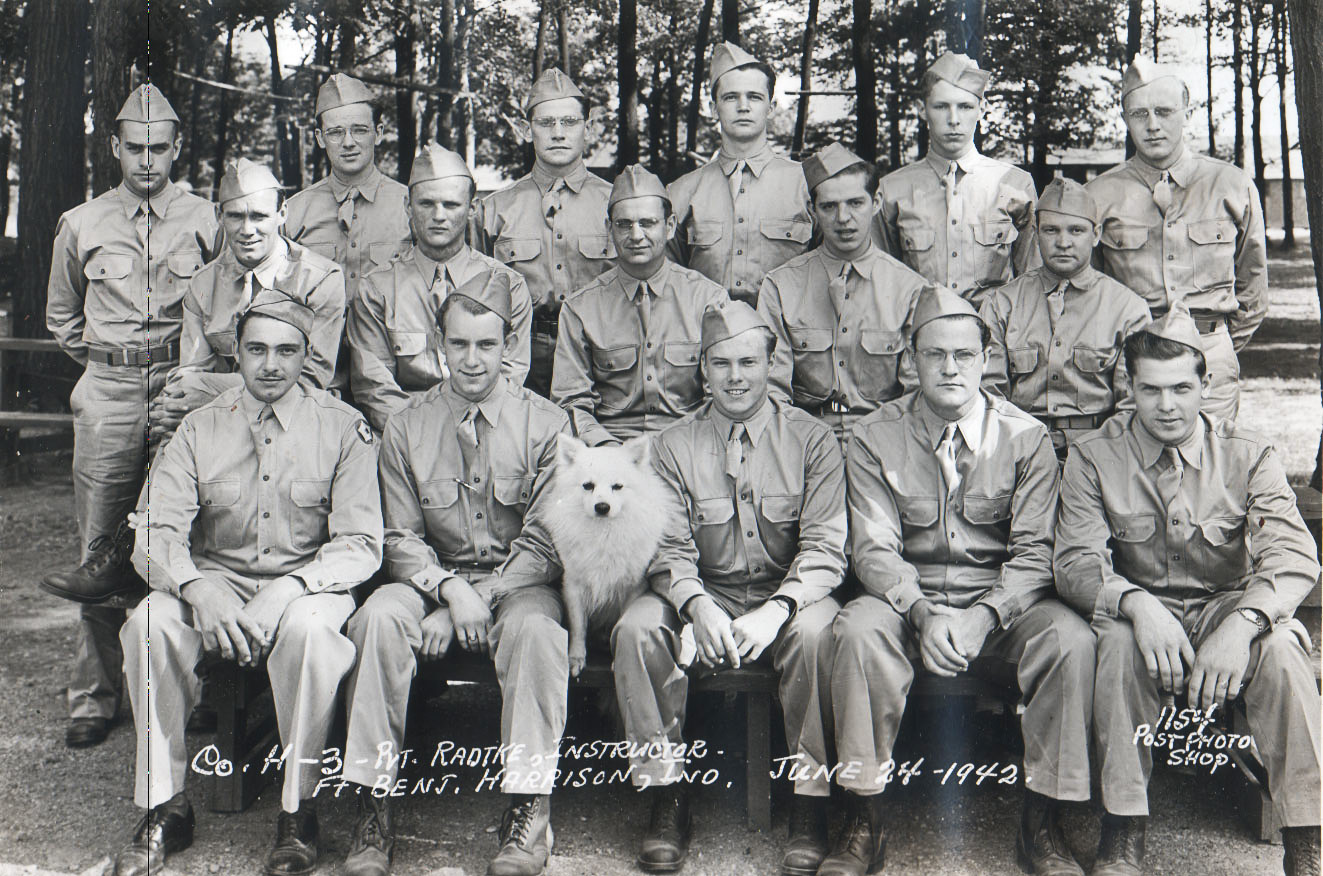 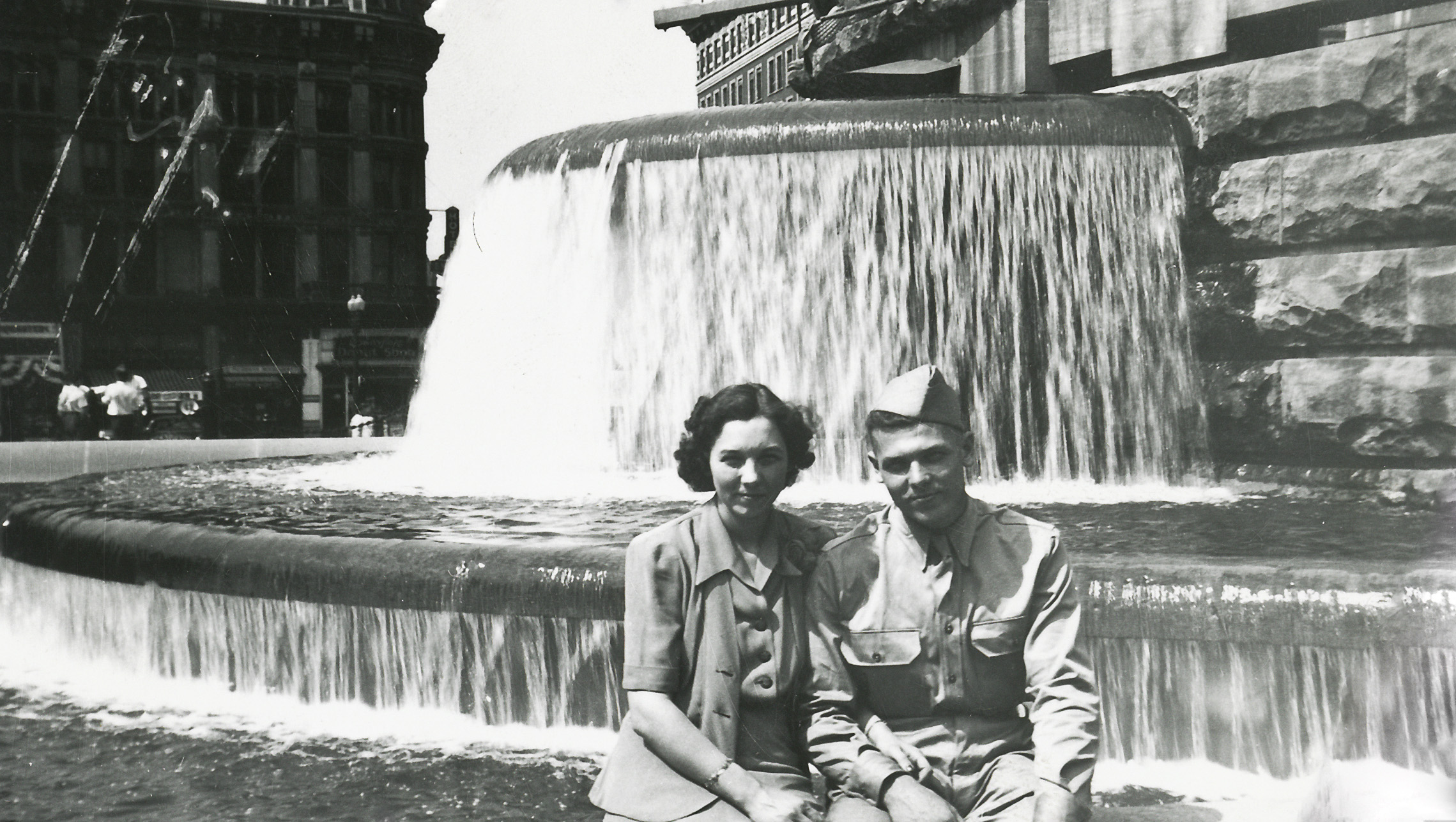 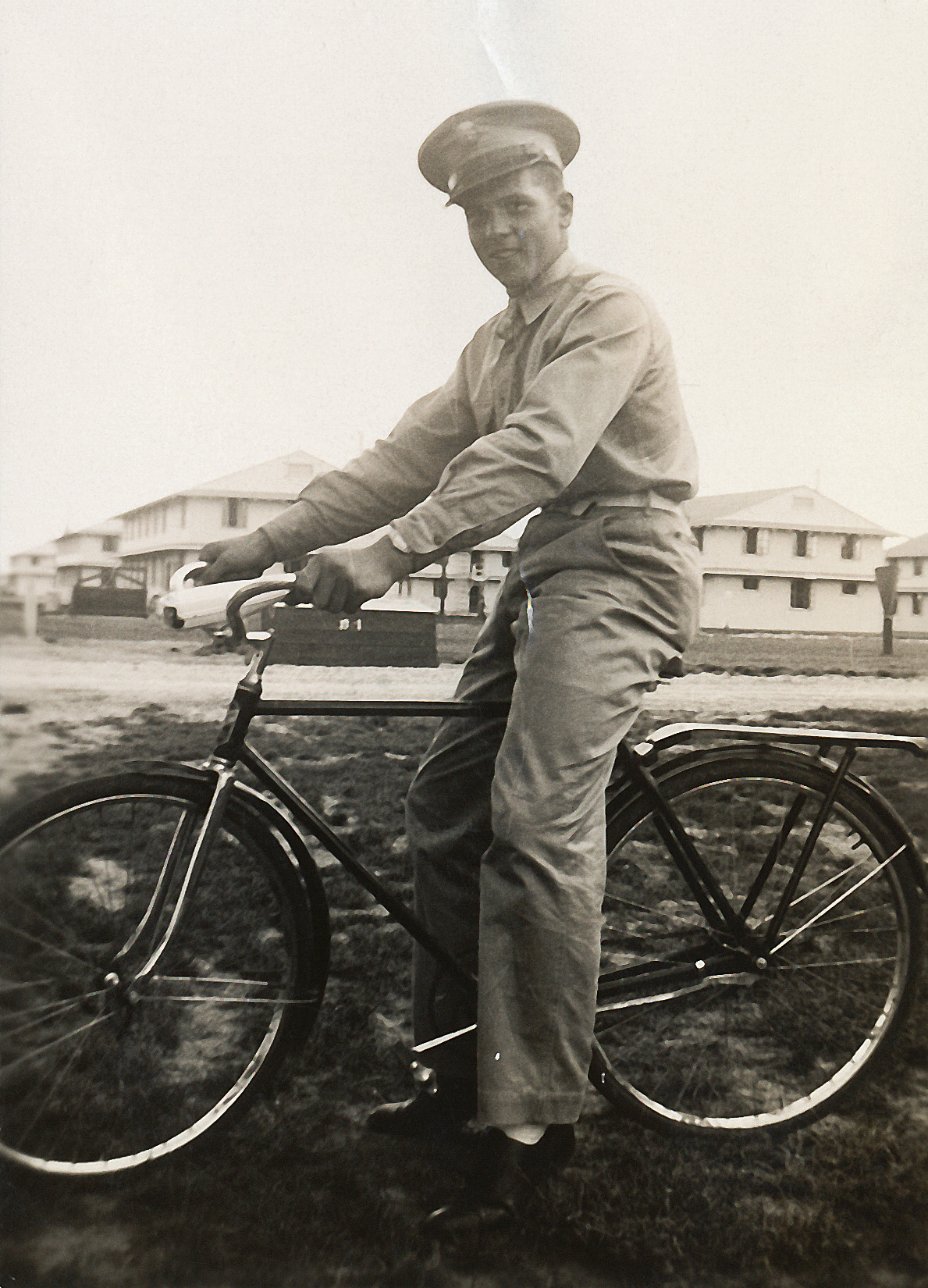 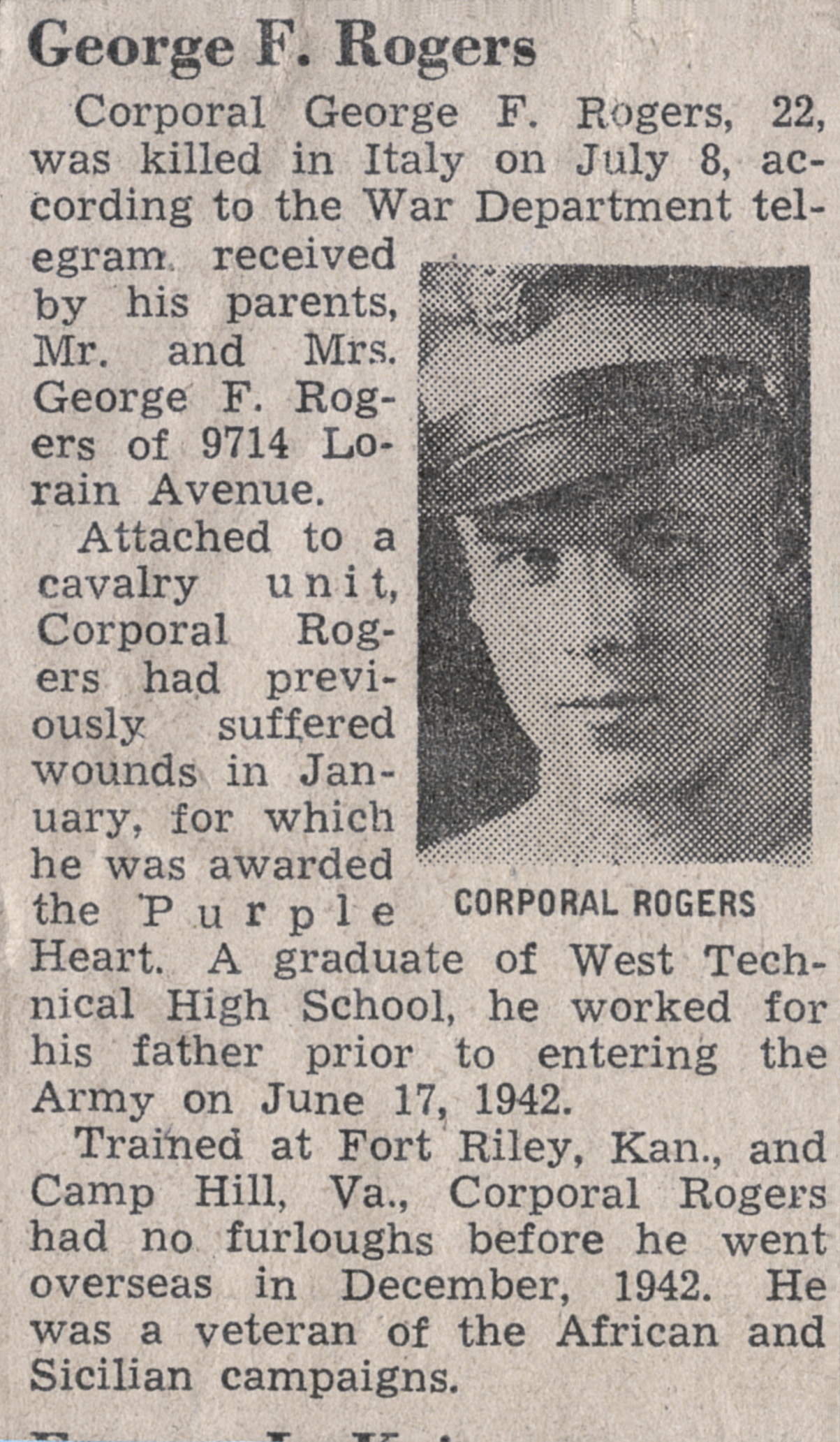 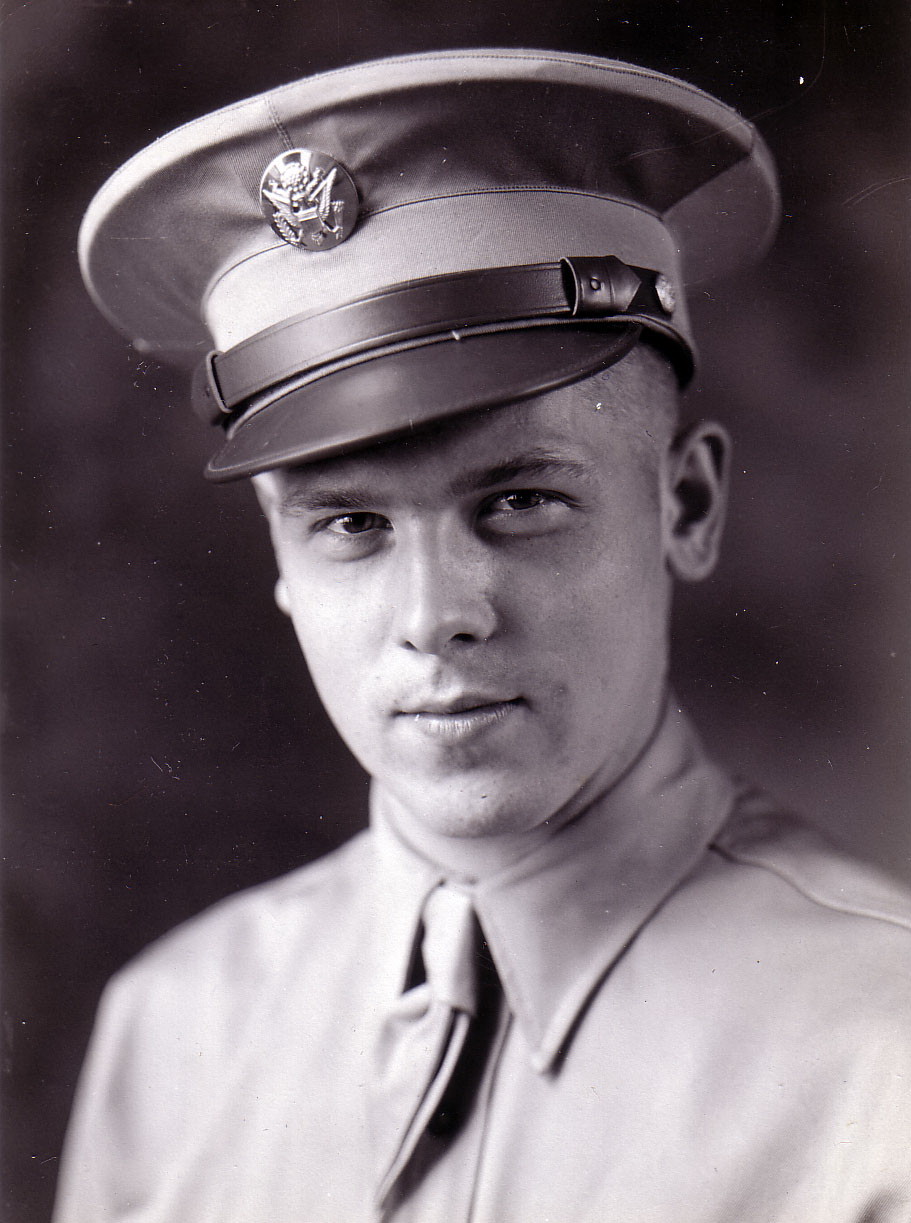 A This sentiment has been recounted in numerous interviews of veterans. It was a different time when civic pride and public duty had meaning and the horrors of war were an unknown to most people. This was a common sentiment of the time echoed in the interviews of countless veterans since. Most young men felt shame and pressure from the community if they did not volunteer. There are many stories of young men who were rejected from the Army draft, for various physical or medical reasons, who went on to suffer from severe depression and some even committed suicide for not being able to serve their country. (A fantastic example of this pride of civic duty and drive to serve that was such a common place during the war can be seen in the origin story of fictional comic book character Steve Rogers, better known as Captain America). This sentiment wouldn't start to shift until the 1960's and 70's when the horrors of war were no longer able to be hidden from view of the general public and images from the front lines and the aftermath of Vietnam War were regularly displayed on broadcast on television.

B Georgie served side-by-side with fellow soldier of the 91st Recon, Fred Salter. Mr. Salter was one of 3 original members of Georgie's 91st to make it home. Fred suffered from PTSD for many, many years thereafter. He traveled and roamed a lot (not unlike the fictional Vietnam Vet of movie fame, John Rambo) and when he finally settled down, he built his home in the wilderness and seclusion of the mountains of Montana. Part of his process for healing and coping was to write about his experiences. Fred became an author. First, writing about his times adrift in the wild and coping with his PTSD, and then, finally, revisiting the horrors of war to honor his fellow brothers-in-arms and tell the stories of the 91st Recon Squad in his book, RECON SCOUT. This book provides a rare glimpse into Georgie's life at war and gives our family answers to questions that countless letters to the government were never able to supply. For that we are eternally grateful. The only regret is that my discovery of Fred's book came 9 years too late to share with Georgie's sister.

C The original family story as it was relayed to me was that Georgie was MIA and it took the Army a few weeks to recover Georgie's body since he was behind enemy lines, but I have not seen that mentioned in any official document the family has. The U.S. Govt. confirmed Georgie fell to small arms fire in a report that was sent to the family, and specifically state pistol fire to the torso in the medical report. Since it is not specifically mentioned, it's assumed Georgie's death was reported by his fellow squad-mate(s) who accompanied him on the night's patrol. Fred Salter specifically recounts Georgie's death in his book. If Georgie and his fellow squad-mate(s) had been discovered and killed during the night recon, the next day his troop would have mentioned that no one returned instead of just saying for certain that Georgie (and only Georgie) died. Since his body was recovered, it led me to the conclusion that either the Germans didn't know they shot him and a squad-mate(s) that ran the recon with him survived and knew the vicinity where to find him, or that his squad was able to carry him back with them during their escape. Regardless of what actually happened, it seems likely the original story could have been a mix-up by the later generations resulting from either getting information following Georgie's death, or more likely, the extended battle to get answers on where Georgie's body was following his death and how he could be sent home for burial (a process that took the family four years).

What happened to Georgie's camera and other personal affects? Squad-mate Fred Salter wrote the family saying they should receive it soon along with his other belongings, yet as far as we know the Army never returned it to the family. 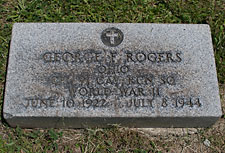