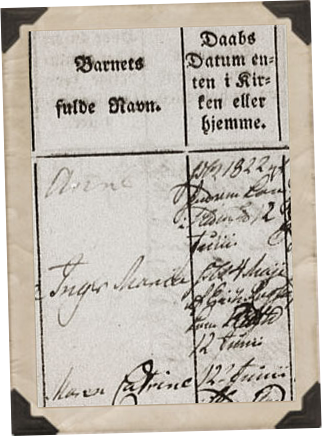 Anne Olsdatter Lindboe was born shortly before Christmas 1822 at a small place under Loftstua Farm in Sandsvaer, Buskerud, Norway. Her parents were Ole Olsen Lindboe (age 36) and Anne Helvig Andersdatter (age 28). At the time her parents were not married. Her father Ole was a widow who had 2 children from 2 previous marriages (after losing both his wives) and mother Anne had separated from her husband but was working through the lengthy process of getting court approval to finalize her divorce and allow her to remarry.

This legal hangup obviously did not stop the love birds as Anne was the couple's 2nd child. Her sister Ellen was born 2 years prior in 1820.

For reasons we can only assume were related to the couple's marriage situation, Anne didn't get baptized in the weeks following her birth like most children. It took until 12 Jul 1825 when Anne was finally baptized in Hedenstad Church in Sandsvaer. At that time the family was living at Loftstua under Landsverk.

Like previously mentioned Anne wasn't an only child, she had 2 older half siblings from her father's 2 previous marriages, Mari '07 and Maren Sophie '16; she had an older sister, Ellen Marie, born 2 years before her; and in the following years Anne would have 5 younger siblings: Ole '25, Anders '29, Knud '31, Syvert '33, and Nina '35. In total that's 8 siblings: 4 brothers and 4 sisters.

In 1831 when siblings Anders and Knud are baptized, the family is noted as living at Hedenstad-eiet (or a small place under Hedenstad).

By the 26 Oct 1831, when Anne was approaching 9 years old, her mother Anne finally received her royal grant for marriage, officially dissolving her previous marriage. Her parents were officially married in Hedenstad Church on 15 Jan the following year after Anne's 9th birthday.

It appears the family moved around a lot. On the 14 Feb 1836, sister Nina was baptized at home on Tveten Farm in Svene. It's a farm father Ole spent time at in his teenage years prior to Lindboe farm. On 23 Oct 1836, Anne is confirmed in Hedenstad and noted to be living at Mørk Søndre farm. Nina wouldn't be officially baptized until 1839 when the family was again noted as being at a small place under Hedenstad Farm in Sandsvaer. This is again reiterated in 1841 for son Ole's confirmation when it's revealed that the small place is infact Loftstua, the same farm where Anne was born.

This confusion and jumping around is not exclusive to this one record, as the Svene property register for Lindboe Farm points to grandfather Ole Olsen owning the farm from 1802 until 1829 when he passed it on to Ole's brother Niri who held it until 1876, well after our Ole and his family supposedly moved to Sandsvaer, yet Ole and his children kept the Lindboe name, despite never appearing to own the property, pointing to the farm's significance in their lives.

After all of this, it's possible Anne went to work as a maid or nanny for the family at Brække Farm (complicating matters: Brække appears as a farm under Mork in Flesberg/Svene which is commonly grouped with Sandsvaer. This makes it possible for Anne to have lived in the same location since confirmation and possibly not spent the majority of her teenage years with her family).

Near the fall of 1842, Anne became close with a local boy named Hans Jorgen Pettersen who had been living in the Landsverk area. The two had grown up together in Hedenstad Church, and likely met each other through the church as they both were in the same class of kids receiving confirmation together in 1836.

That winter (1842-1843), Anne learned she was pregnant with Hans' child and the two started making plans for their future (if they hadn't already been planning).

In the spring, following Hans' 20th birthday, he purchased a small farm named Haugen. The deal was closed on the 16 Mar 1843. According to the Sandsvaer farm book (Bygdebøker), the place was originally larger and called Blårud in 1802. Later on it was called Blårudhaugen, but around the time of purchase it was split into 2 smaller farms (Blårud and Haugen). There were multiple places named Haugen in the area, and this neighbored a large farm named Landsverk. This is how the farm officially became known as Haugen under Landsverk.

On 3 Jun 1843, "Hans Jorgen Pettersen of Laugerud, [now living at] Haugen in Landsverk, son of Petter Jorgensen", married "Anne Olsdatter Lindboe of Brække farm, daughter of Ole Olsen Lindboe of Uslerbakken". The marriage was witnessed by Ole Strenge of Hillestad ... and Christen Mork.

[At this time it was common for couples to be accepted as married, move in together and begin creating their family once their intentions to marry each other are made. This was usually well before the official church records and ceremonies were held. For starters, once an intent to marry is presented to the church, Church law required 3 weeks of engagement announcements prior to being able to marry, and if you had been previously married, you would need to be cleared in court and provide court documents allowing you to marry again, all prior to your engagement. ... this being said, it was uncommon to see a couple give birth to a child and still not be officially married.]

The children grew up at the Haugen farm under Landsverk in Sandsvaer.

16 Mar 1863, at the age of 40, Hans Jorgen sells the Haugen Farm to his son Petter. It appears Hans was looking for a change and was not interested maintaining his own farm anymore.

This being said, the family didn't immediately move anywhere. They stayed at Haugen Farm and can be found there on the 1865 census. By this point, Hans Jorgen is working odd jobs as a day laborer or "Løsarbeider", most likely for his son Petter and possibly his neighbors as well.

By 6 Oct 1872 (when son Olaus receives his confirmation), the Haugen family relocated to Visnes, on the island of Karmøy in the Avaldsnes Parish of Rogaland County. It appears that Hans was either looking for more steady work that wasn't as seasonal, or was just done with farming altogether. Either way, Hans brought his wife, sons Olaus & Thorvald and daughter Thea Andrine to Visnes. (The rest of the children had already moved out of the house and had their own jobs and lives in the Sandsvaer area.)

The draw in Visnes were the local copper mines. The Visnes Copper Works were a busy place at this time as copper had just been discovered at the site in 1865. During the 1870s it was the largest copper mine in Norway. Visnes accounted for 70% of Norway's exported copper, some of which was used to create the Statue of Liberty. There is even a small sculpture of the Statue of Liberty and plaque in Visnes commemorating this. Hans is noted to have taken up work as a miner in the copper mines.

In 1900, Hans and Anne were counted on the Norway census living on Karmøy Island in the Avaldsnes Parish. Hans is now 77 years old, living with wife Anne Olsdatter, no longer working and receiving some social support.

It appears that following her husband's death, Anne moved to the seaside town of Haugesund. Both of her sons Olaus and Thorvald were living there at the time and records lead us to believe she stayed with her older son Olaus and his family. 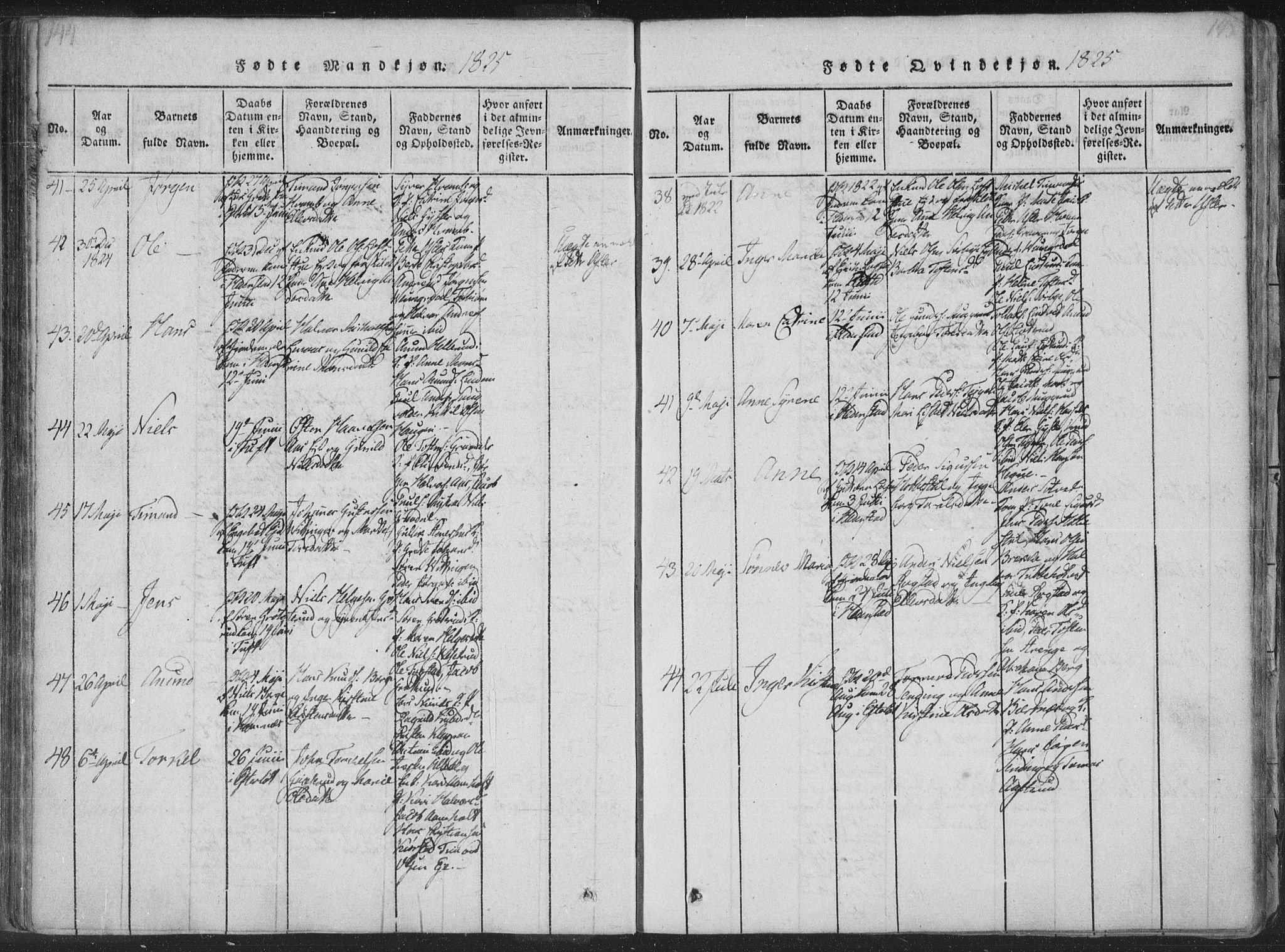 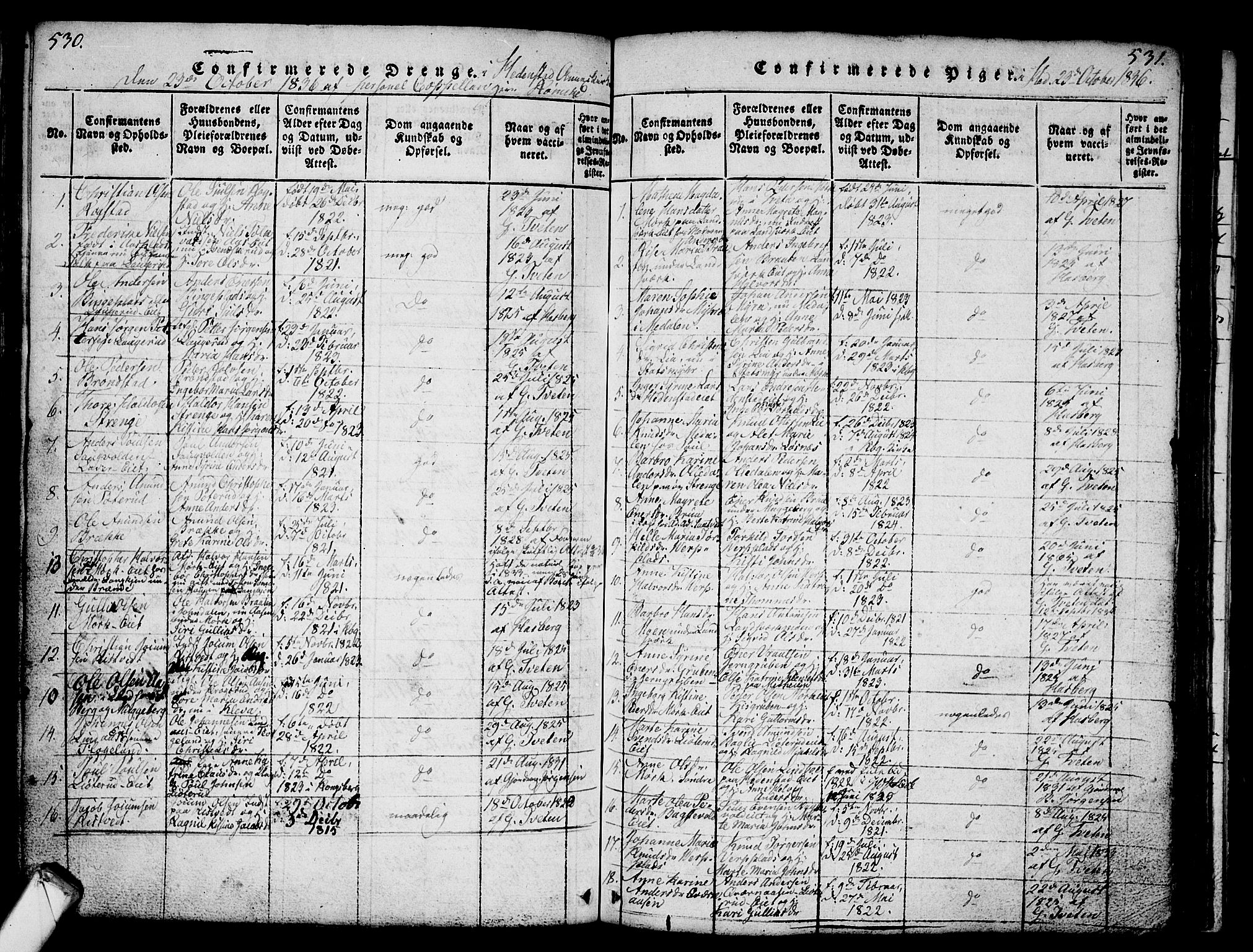 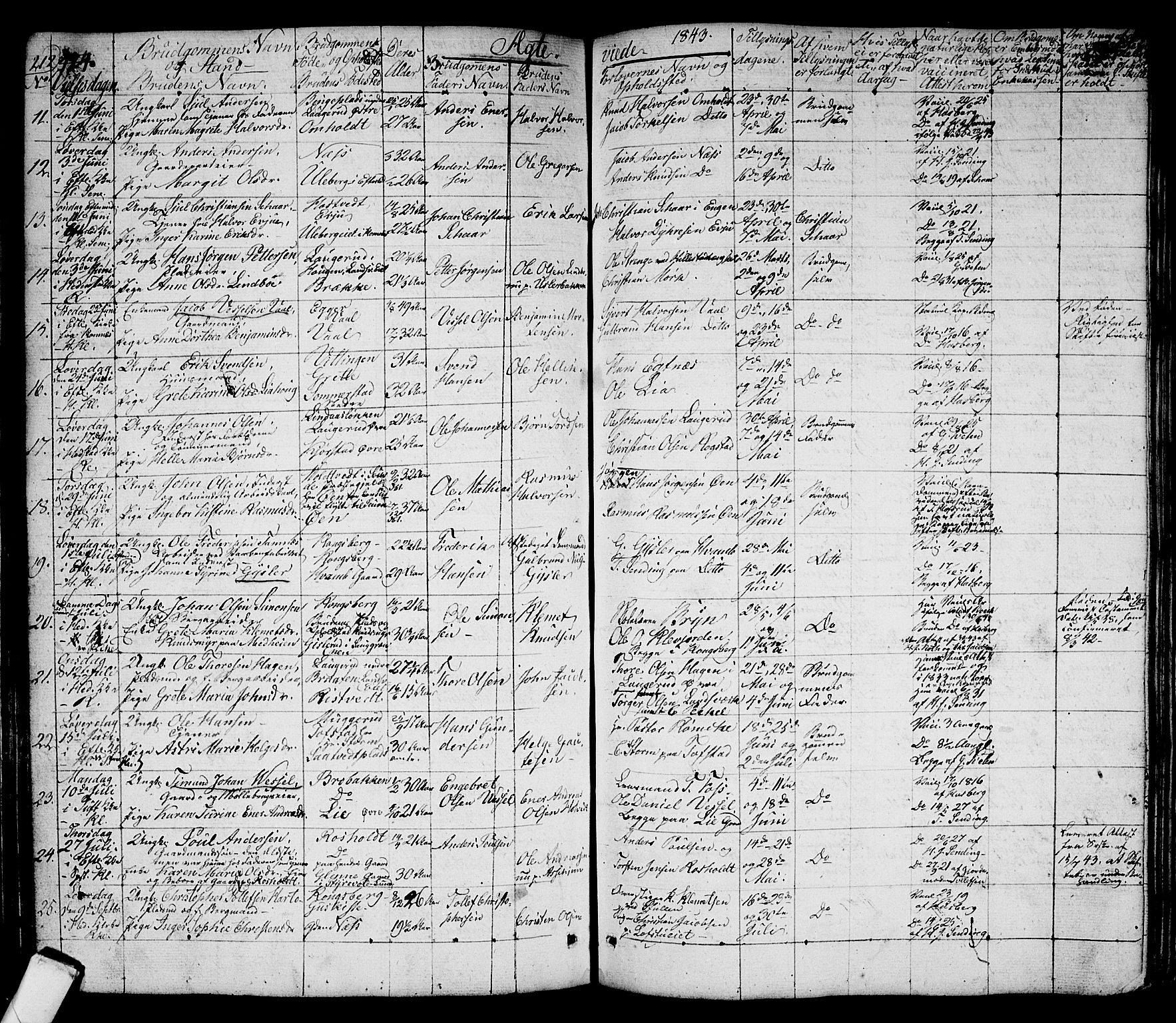 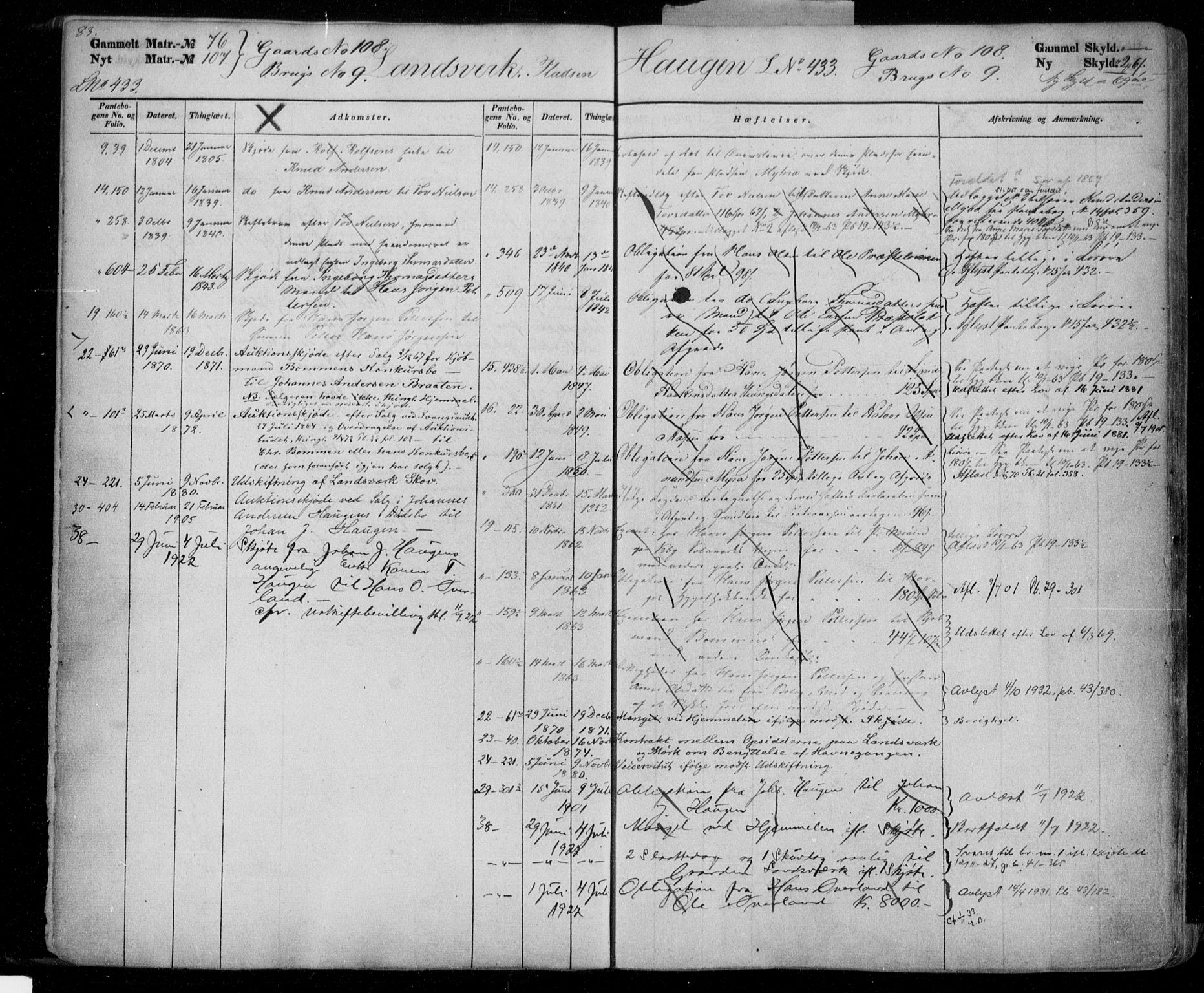 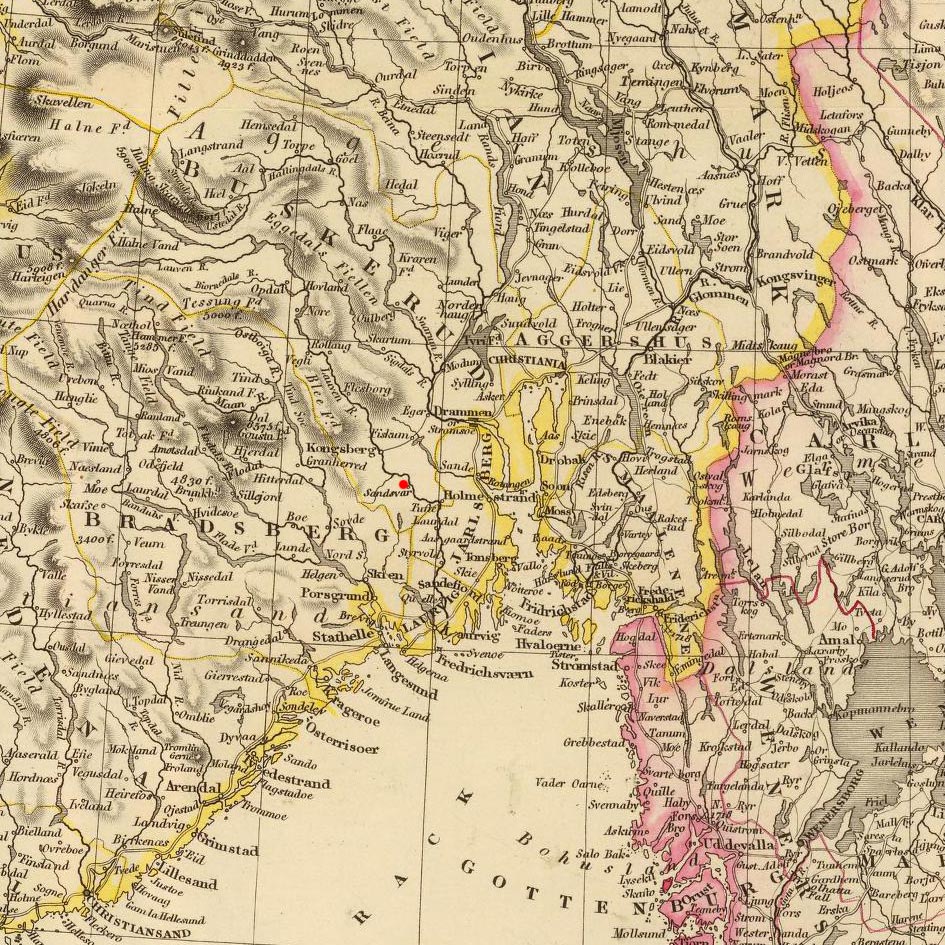