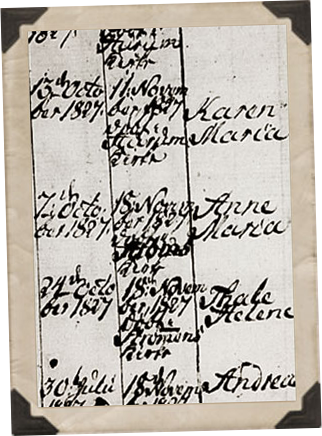 Baptism of Anne Marie (1827)Anne Maria Olsdatter Ruud was born on 07 Oct 1827 in Strømmen, Vestfold, NorwayA, B, C to Ole Christensen Ruud and Berthe Maria Jensdatter. She was baptized on 18 Nov 1827 in Strømm Church, in Svelvik.1

Anne was the fourth of six children born to parents Ole & Berthe. They were all raised in the village of Svelvik where her father worked as a sailor until around the time Anne turned 6. Around this time Ole gave up the life at sea and instead became a day laborer, which usually meant working odd jobs around town and helping others as a farmhand.

Judging by baptism records, Anne would have been 4 months pregnant at the time of marriage. While in recent history, certain types of people might look at this in a questionable way, at the time in Norway, this practice was not uncommon nor was it looked at negatively among the general population. As I understand it, a couple would normally be accepted as married by the community well before any ceremony took place in a church. Official church documentation or recognition was more an after though. This could also be seen in the month long wait imposed by the church from the time an official request to marry was made. The church would require 3 weeks of announcements of the impending marriage to be made during Sunday services before it could actually take place. It should be noted in Andreas and Anne's case, their first announcement was made 7 Oct 1855, over 2 months before they married and their remaining announcements made every 2 weeks, not in consecutive weeks. While not normal, this does lend to the nature of the church ceremony not necessarily holding the level of importance we find it today for many people.

Andreas was a sailor and based on the lives of other Norwegian sailing families from the time, it's likely that Andreas' job would have constantly kept him away from home. He would have been at sea for long stretches of time, likely the entire season, only returning home before the port froze in the winter. This was not absolute however, and sailors would frequently be hired on ships for the length of the excursion until you returned to home port. Depending on the excursion for which a sailor was hired, the trip could be weeks or months and then a sailor might need to find another vessel if his ship was not immediately set to leave port again (or if he was not re-hired for that next excursion). So even though a sailor might be away Spring to Fall, depending on the family's location to port, it's possible the sailor could show up for a day or two during the season between trips.

That being said, this made the life of a sailor's wife just a difficult. Anne would have been on her own for the majority of her pregnancies and possibly even given birth without knowing where her husband was exactly. She would be raising a newborn without his presence or any direct assistance from him until he returned (and only if he was the type of man to help with the children). She would have relied on family, friends and the other women of the town for support (a community of sailors' wives would have been close). This doesn't just extend to childbirth as the raising would have continued afterwards, likely while pregnant with the next child and the husband back at sea.

Anne gave birth to her first child, a son, John in May of 1856. This was followed by twin daughters, Birthe Marie and Julia in 1858, and another daughter, Annette, in 1861.D

On the 4 Aug 1862, Andreas bought farm house 11a in Svelvik from Ole Halvorsen for $108.4 Here, Anne would give birth to son Ole, in 1864, and Andreas, in 1867. Andreas and Anne would raise their six children at house 11a. This is supported by their appearance on the 1865 census where they are listed as living in 11a in Svelvik with 5 children (son Andreas would not be born for another 2 years).5

Anne died in Svelvik, Norway on 11 Aug 1867, just three days after the birth of son Andreas. She is said to have died due to complications from childbirth.E Anne was only 39 years old.6

Remembering the life of a sailor as noted earlier, Anne would have likely died while Andreas was away at sea and he might not have know about his wife's death for another 2-3 months if he didn't return home until near the season's end. During this time period, extended family and neighbors would have had to help care for the children. 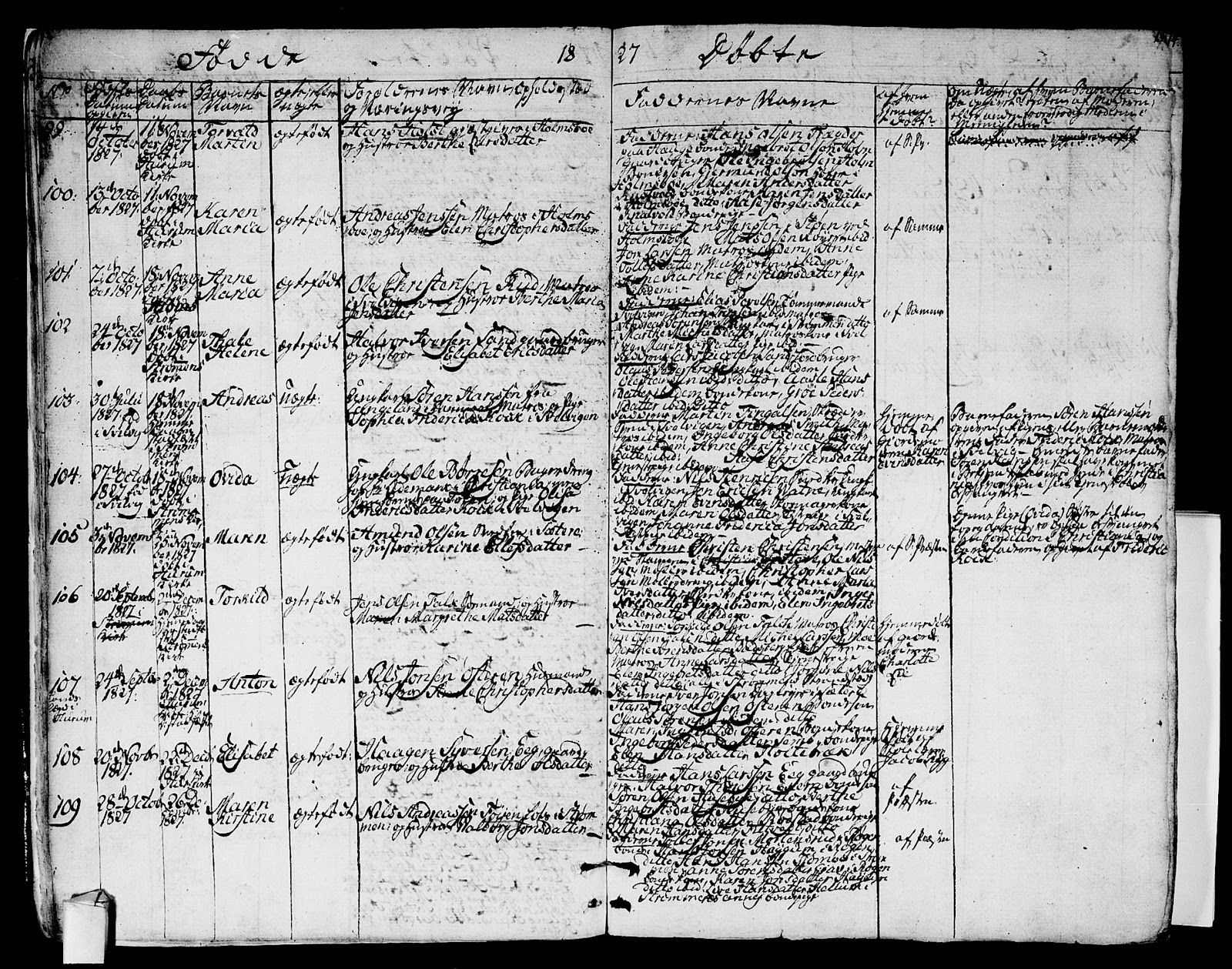 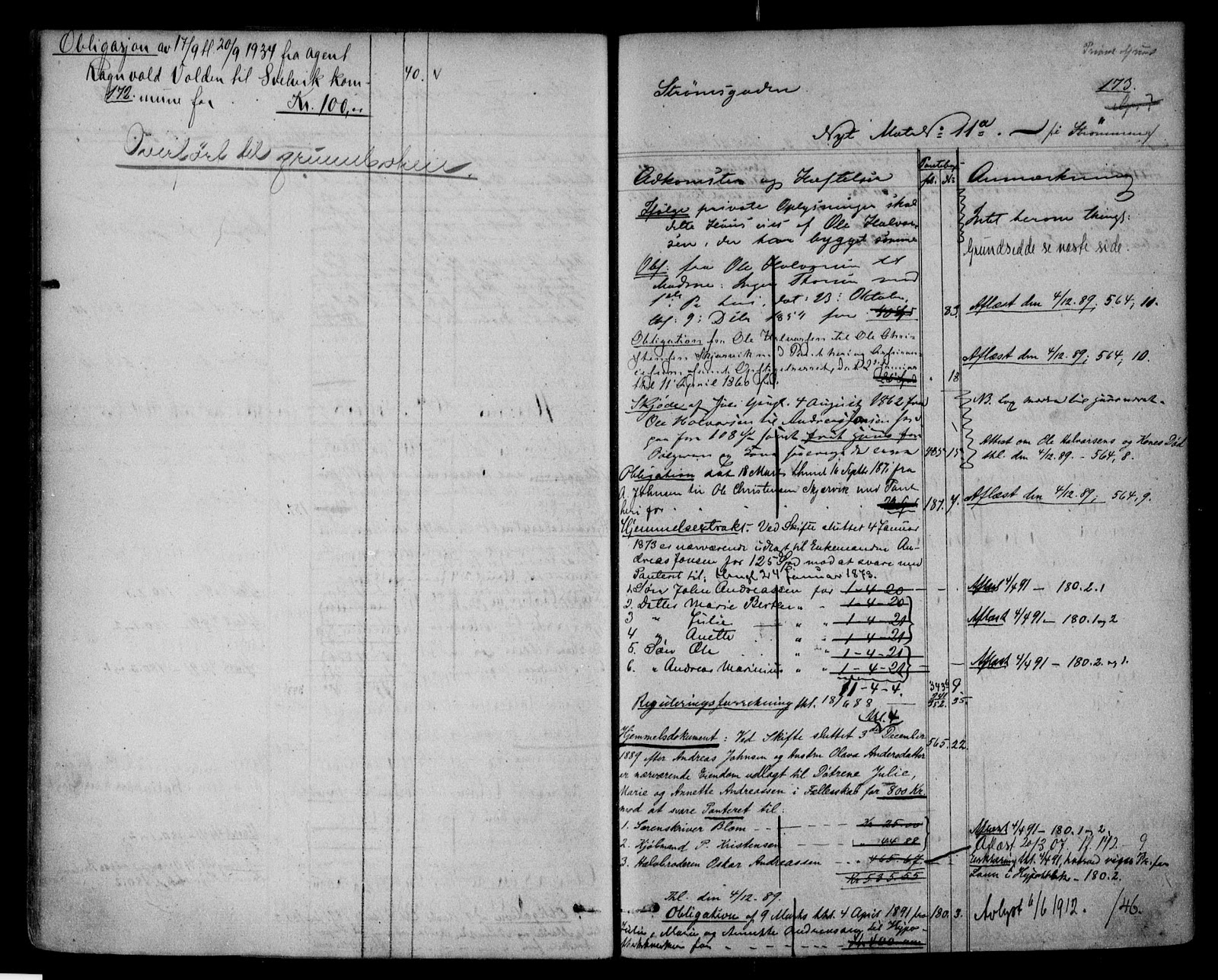 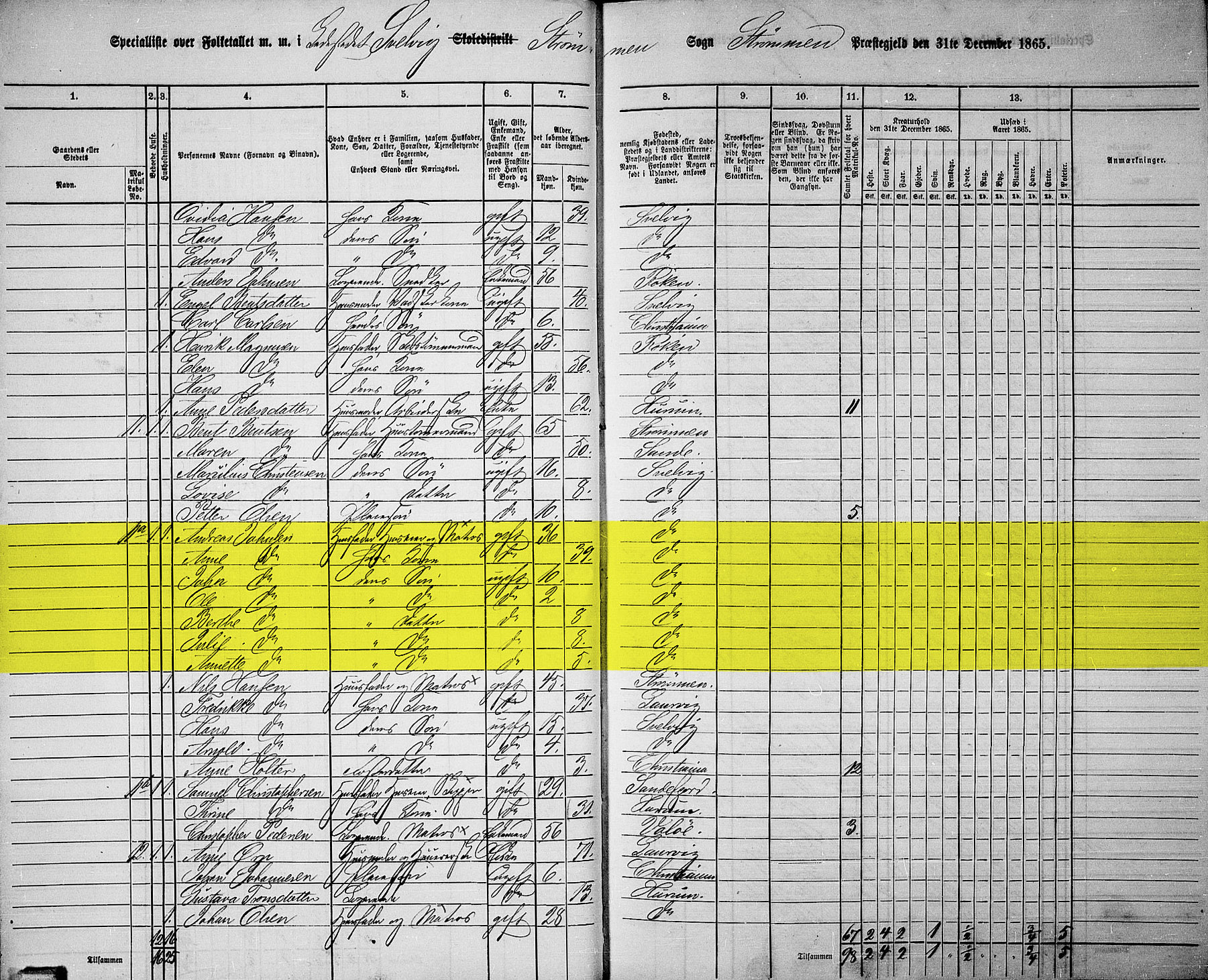 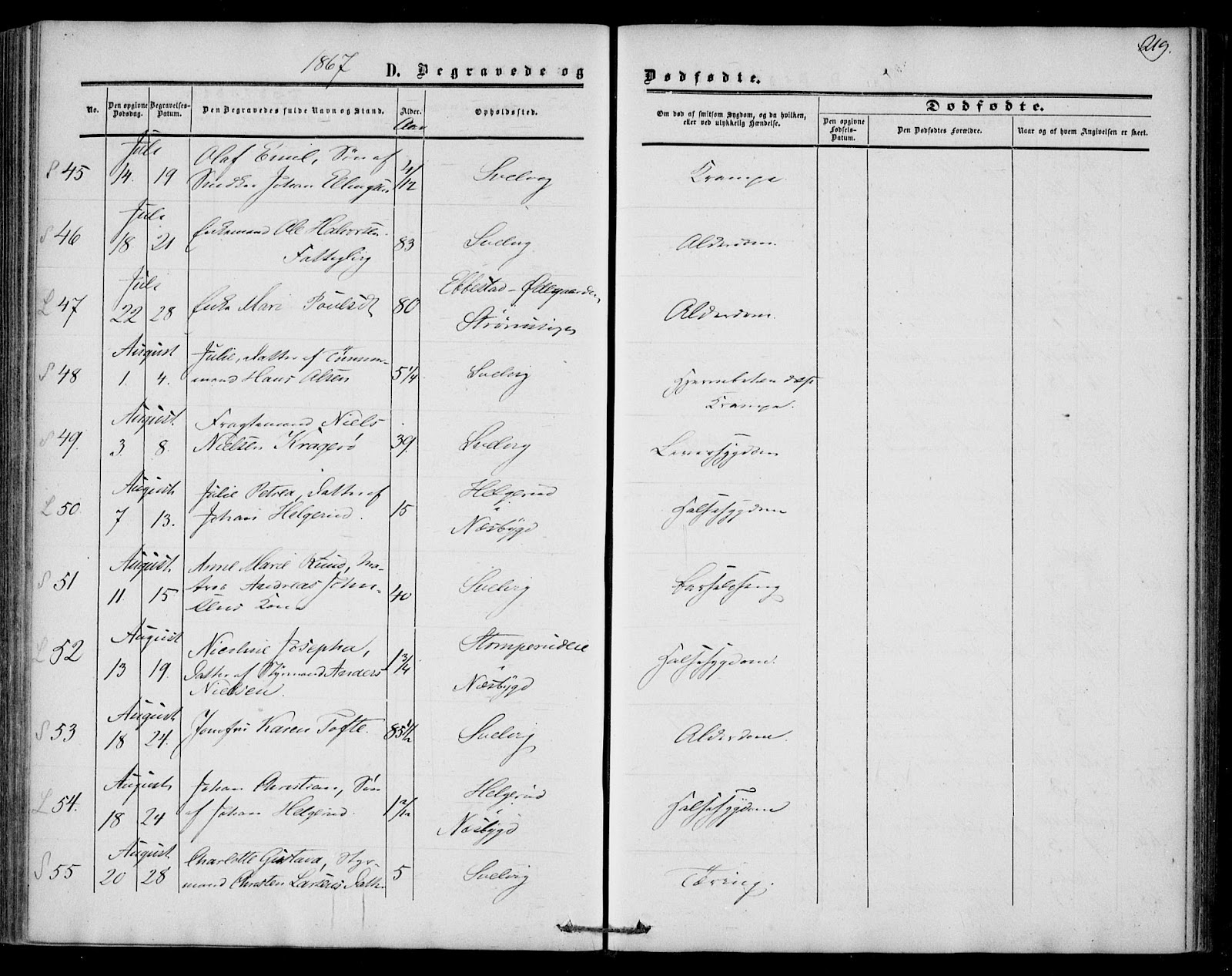 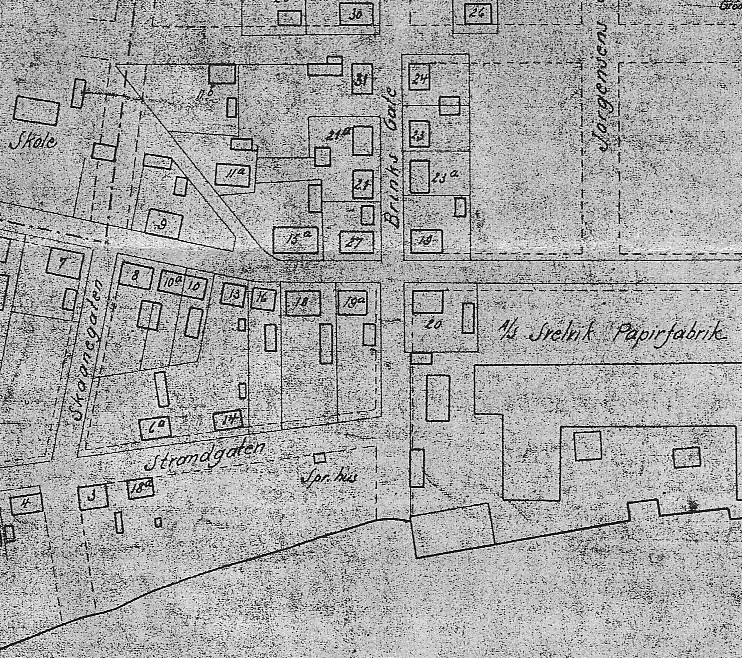 A Norway Parish Registers for Svelvik at the time of Anne's baptism, confirmation and marriage were not located under the county of Vestfold where Anne lived. At the time, Svelvik's Strømm church was a part of the Hurum parish in neighboring Buskerud County and the register holding the Strømm records was the Hurum register. This was the case until Strømm became its own parish in 1861 following the opening of their new church.

B In the 1800's, Svelvik was separated into two adjoining towns along the Drammen Fjord. They were Svelvik and Strømm (also referred to as Strømmen). The towns were frequently combined and referred to as Svelvikstrommen. Strømm was incorporated into Svelvik in the 1950s.

C Strømmen Church was demolished in 1857 because it's size no longer suited the now bustling shipping town. Svelvik Church was erected in it's place in 1859.

D After the birth of Anne's first child in May, her children were born in the month of November, December, September & August. This estimates conceptions happened in February, March, December & November, further driving home the life of a sailor's wife. The couple would have likely only been together during the winter months.

E Anne's burial record states that her cause of death was "barselseng", this loosely translates to recovery from childbirth. 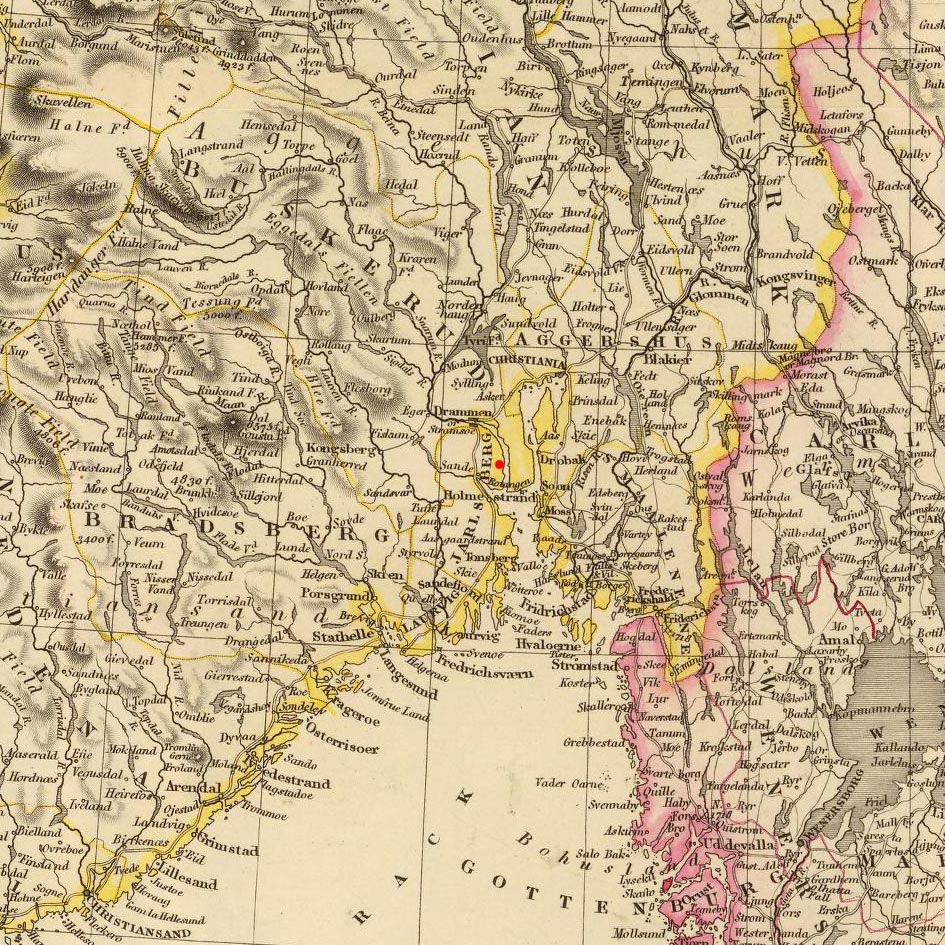 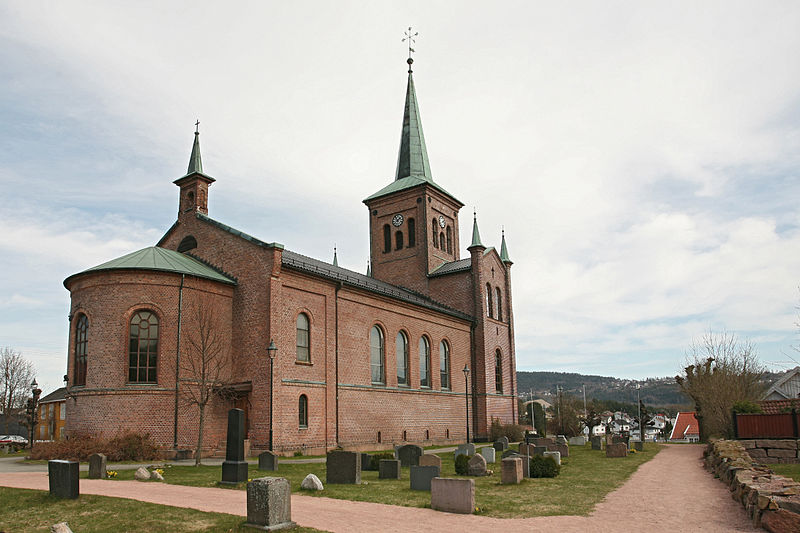